Acts of Intolerance Make Compassion Bench More Meaningful Than Ever

Back in 2012, Louisville, KY had both the guts and credentials to back themselves up when Mayor of Louisville Greg Fischer boldly stated: “We are the most compassionate city in the world, and will be so until proven otherwise.”

This was of course a playful gesture in the spirit of “competitive altruism”, aimed to ignite engagement from other cities to make communities around the world more compassionate. And it worked, because this lead to the birth of the Compassion Games: Survival of the Kindest. And four years later, Louisville has only grown in their capacity to be a remarkable contender for good in the world.

During the 2015 Annual Compassion Games, the Partnership for Compassionate Louisville was to award its first Compassion Bench to the Louisville Islamic Center, a way to commemorate the Center’s years of interfaith work as a beacon of hope and kindness in the community. The sign for the bench was as follows: 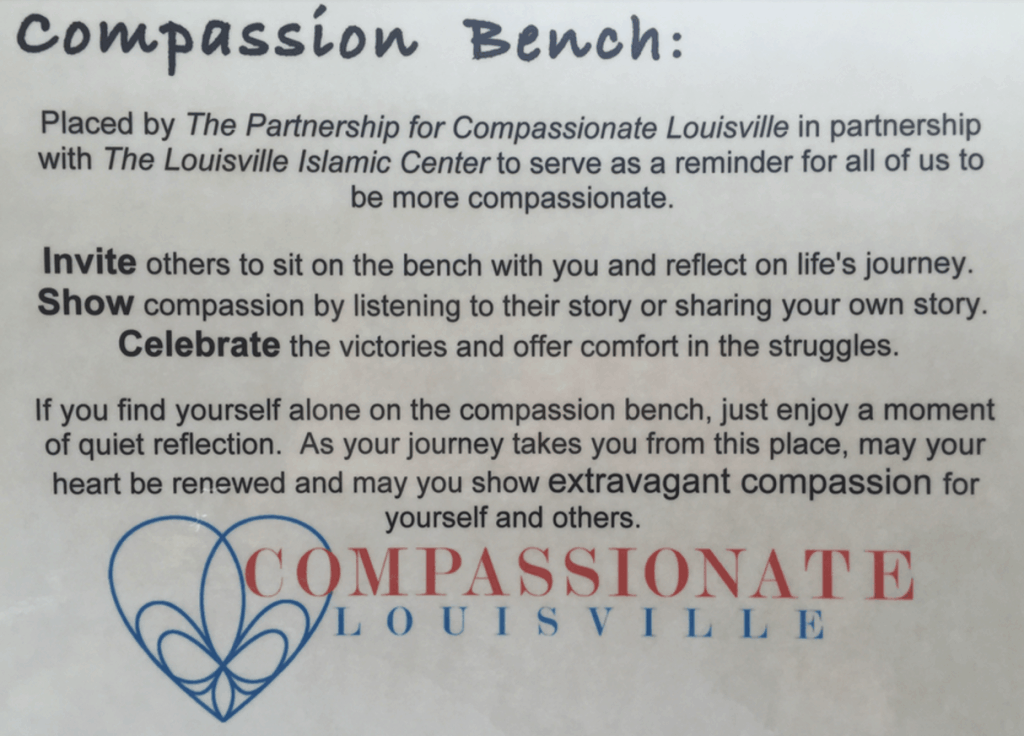 But then, something unthinkable happened. Two days before the bench ceremony at the Louisville Islamic Center, scheduled to take place midway during the 2015 Annual Compassion Games, a sprawl of hate appeared in the form of red graffiti on the white walls of this place of worship.

“Moslem’s, leave the Jews alone” one message said in red.

“This is for France” another said 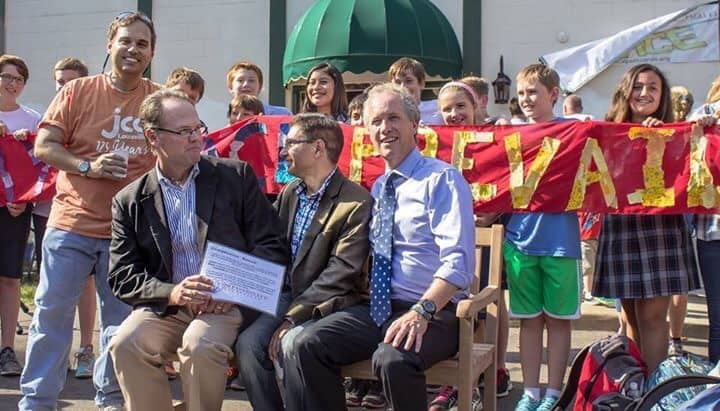 Mayor Greg Fischer called the act one of extremism and ignorance, one that hit “like a punch in the gut” for the Louisville community.

“To our Islamic center, I want to apologize on behalf of the entire community for this unacceptable incident here,” Fischer said.
He continued, saying that this intolerance harms not just Muslims, but everyone.

Although the incident defaced a sacred place, something even more remarkable took the place of what originally intended to be a small affair: It ignited the spirit of the community to come together, to support and uplift one another, and initiate the healing that is needed after such an event. 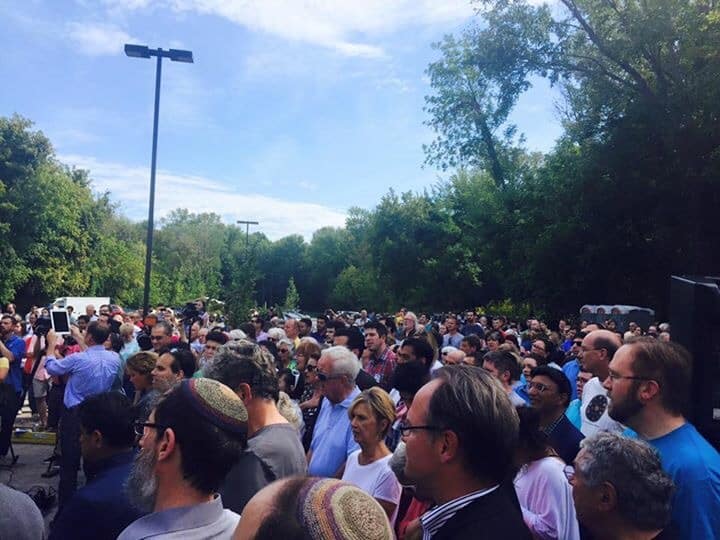 Thousands of people joined in on the Friday, September 18th event to help repaint the white walls the red vandalism had covered, and to see the dedication of the Compassion Bench, now taking on an even deeper meaning than originally envisioned.

“Please pardon me if I’m emotional, but this overwhelming support is really humbling to us,” said Dr. Muhammad Babar, a member of the center who spoke at the event.

Perhaps one of the most symbolic acts of redemption for the community happened in the hearts and by the hands of children, who were the ones who painted over the red on the walls of this sacred place and made them white once again. 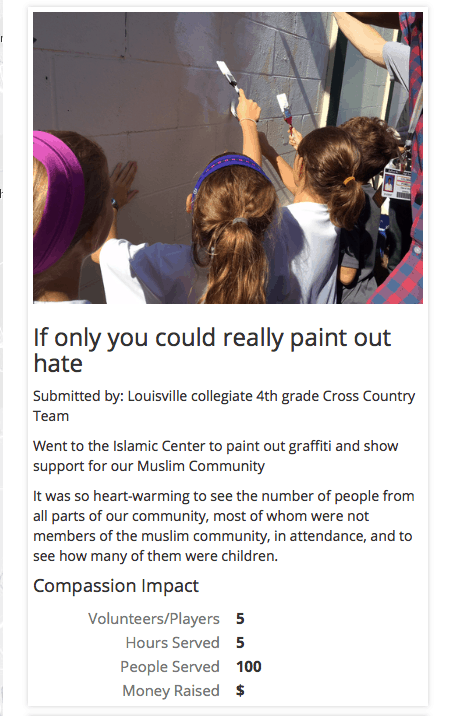