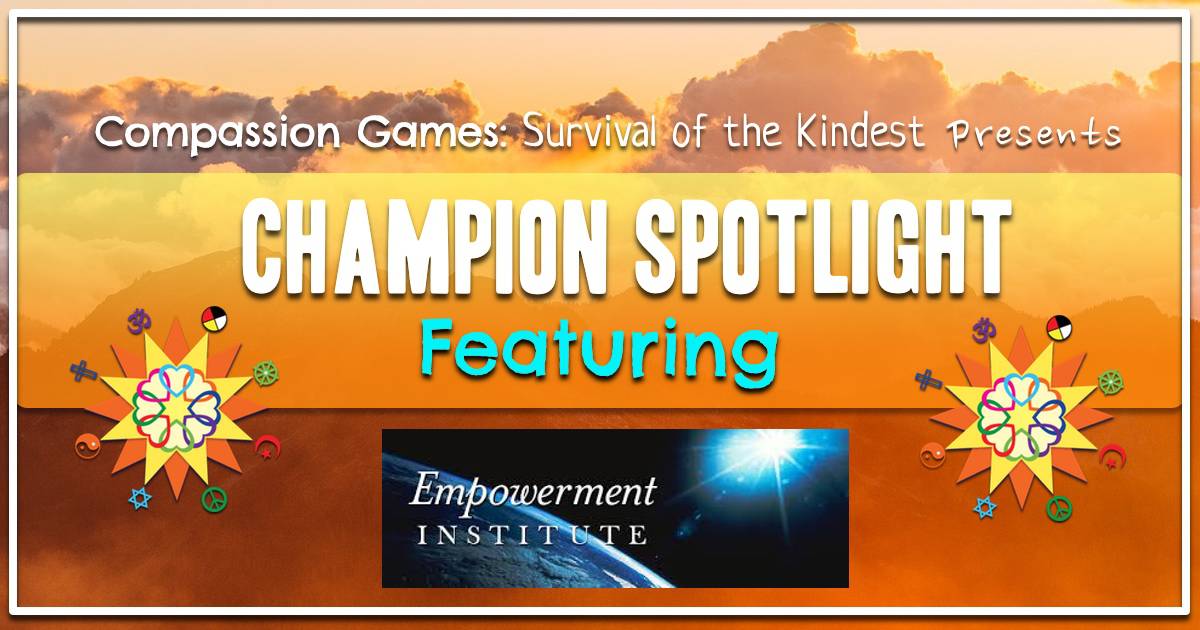 Stories of someone overcoming life’s challenges and demonstrating that the impossible is possible can be inspiring and very meaningful, especially at this time. With that in mind, we are thrilled to pass the Compassion Torch to a Champion of Compassion whose story is particularly relevant to the Compassion Games, the Compassion Torch, and what took place at the U Day Festival in Ethiopia.

David conceived and organized at the height of the cold war, in partnership with the United Nations Children’s Fund and ABC Television, one of the planet’s first global consciousness-raising initiatives—the First Earth Run. As part of this event a torch of peace was passed around the world engaging 25 million people and 45 heads of state in 62 countries. A billion people via the media witnessed it circumnavigating the globe. As part of its journey, the Torch of Peace shed light on acts of cooperation for the common good and raised millions of dollars for children suffering the ravages of war.

Over the course of thirteen books and development of training programs for the Empowerment Institute, David is a Champion of Compassion and an excellent source of wisdom and experience in making a large-scale system change.  Here is more about David:

David Gershon, co-founder and CEO of Empowerment Institute, is one of the world’s foremost authorities on empowerment and large-system transformation. His clients include cities, organizations, government agencies, and social entrepreneurs. He is the author of thirteen books, including the award-winning Social Change 2.0: A Blueprint for Reinventing Our World  and co-directs Empowerment Institute’s School for Transformative Social Change which empowers change agents to design and implement transformative social innovations.

This is clearly a transition story for our times.  What can we learn from the First Earth Run to unite the planet to Light Up the World and create Peace on Earth?  We recently met with David and passed him the Compassion Torch in a Wopida Ceremony; here is what he had to say as part of the Global Fire of Compassion:

These challenging times call for a leap forward in how we realize the social changes that we need to make individually and collectively. Fortunately, David wrote the book Social Change 2.0. and recognizes the power of play to create social impact. We have begun to collaborate on the Seven Actions to Create Peace on Earth as a Compassion Game. Each of the Seven Actions can be worked on independently and concurrently, and alone or with a team.

We are planning to reinforce and build our collective capacity over a seven-year time frame. In this first year, 2018, our goal is to coalesce a critical mass of “DreamKeepers” who believe it is possible to create Peace on Earth.  We will experiment with a new tool to synergize and act together; it is called Unifyre.  Let’s Unify with Unifyre!  Undoubtedly, we will learn a ton in the process.  Follow the link and commit to Be a Dreamkeeper and agree to invite others to join with you. When you invite others, let the crowd know that you did this by reporting back to the Unifyre. When you check in with Unifyre about your action commitment, the Compassion Report Map is connected as a featured way to play April Compassion Games. Reports will be due April 30th. 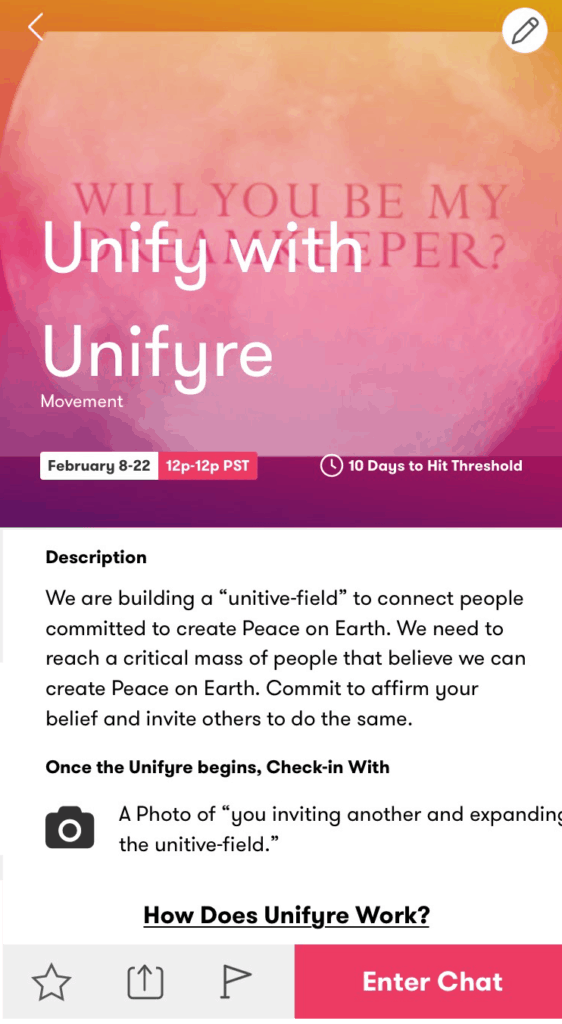 In 2018 we are going to focus on reaching a critical mass of people who believe that creating Peace on Earth is possible.  Unifyre offers a simple way to commit personally and then invite others to join with you.  Let’s try it and see what happens!  If you have questions or need help contact us at chetan@unifyre.co