The Summary and Highlights of Earth Week 2016

Earth is our home, and something incredible happens when we humans fall in love with the Great Story

of Life. In knowing we belong here, we become calmer in the face of adversity. Our words and thoughts become kinder, our hearts become full and generous, and we naturally rise to the challenges to protect and
restore what is dear to us.

In this Summary and Highlights of Earth Week 2016, you will peer into the events and experiences of thousands of players and over a hundred teams from around the world who felt the calling of Mother Earth and were moved into action that can inspire us all.

From India to Sudan, Guatemala to the Philippines, the US to Vietnam, and Canada to Australia, people brought unbelievably creative and heartfelt acts of compassion to life for the Earth and all living beings at this remarkable time.

Here is a glimpse into the results in numbers, with over 20,000 people served in 8 countries around the world.

For every result quantified and reported, there are stories of real experiences that uplift and inspire. You can see highlighted reports on the Facebook album from the Report Map here and the complete Compassion Report Map here.

The meaningful stories from this year’s Earth Week reveal perspectives we might not otherwise experience because the Games were played by such a diverse group of participants from nearly every continent on Earth.

From children in the slums of New Delhi seeing trees for the first time and learning about ecosystems, Indigenous peoples convening in New York’s Times Square to sign the International Treaty to Protect and Restore Mother Earth, and cities rising up to challenge one another across the United States, Earth Week was the embodiment of unity in diversity and unprecedented, unified action.

The following stories highlight just a handful of significant events and reports from exceptional teams and partners to showcase what took place during Earth Week.

Story #1: The International Treaty to Protect and  Restore Mother Earth

Four Worlds International Institute (FWII) uses Indigenous principles to heal communities around the world through the Fourth Way. Chairman of FWII, Hereditary Chief Phil Lane Jr. – who is also the Chairman of Compassion Games International –  is a world-renowned luminary that leads a life-long mission to unify the human family.

For Earth Day, Brother Phil and many other Indigenous leaders arrived in New York by canoe as a sign of solidarity and respect for Mother Earth before announcing the International Treaty to Protect and Restore Mother Earth.

The #GlobalCanoe Arrives in Times Square 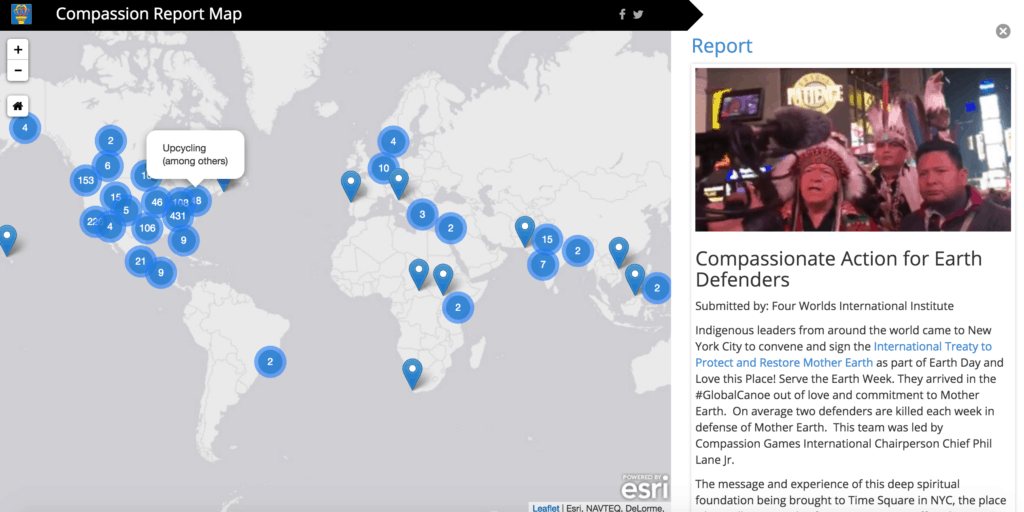 Description Summary: “Indigenous leaders from around the world came to New York City to convene and sign the International Treaty to Protect and Restore Mother Earth as part of Earth Day and Love this

Place! Serve the Earth Week. They arrived in the #GlobalCanoe out of love and commitment to Mother Earth.  On average two Indigenous defenders are killed each week in defense of Mother Earth.  This team was led by Compassion Games International Chairperson Chief Phil Lane Jr.”

Report Reflection: “The message and experience of this deep spiritual foundation being brought to
Times Square in NYC, the place where all crossroads of commerce meet, offered a tremendous contrast between where we’ve been, where we are and where we need to go.”

Story #2: Play for Peace Bringing Compassion to Communities in Conflict

With over 30 registered teams for Earth Week coming from India, Vietnam, the Philippines, the United

States, Guatemala, and South Sudan, Play for Peace is a celebrated partner and dynamic force for global peace and compassion.

Globally, Play for Peace has over 2,000+ clubs on every continent in the world, and their involvement in the Compassion Games continues to expand.

Play for Peace states: “Children, youth and adults, even in communities in conflict, are deciding to choose compassion and practice peace, and they are learning to do this through the joy of play… Play creates a gateway to moments when differences dissolve, fear melts away, and we see what connects us rather than what divides us.”

Play for Peace is the true embodiment of compassionate play in action. Here are just a few of the incredible stories they reported from the 30 teams they had registered for Earth Week. 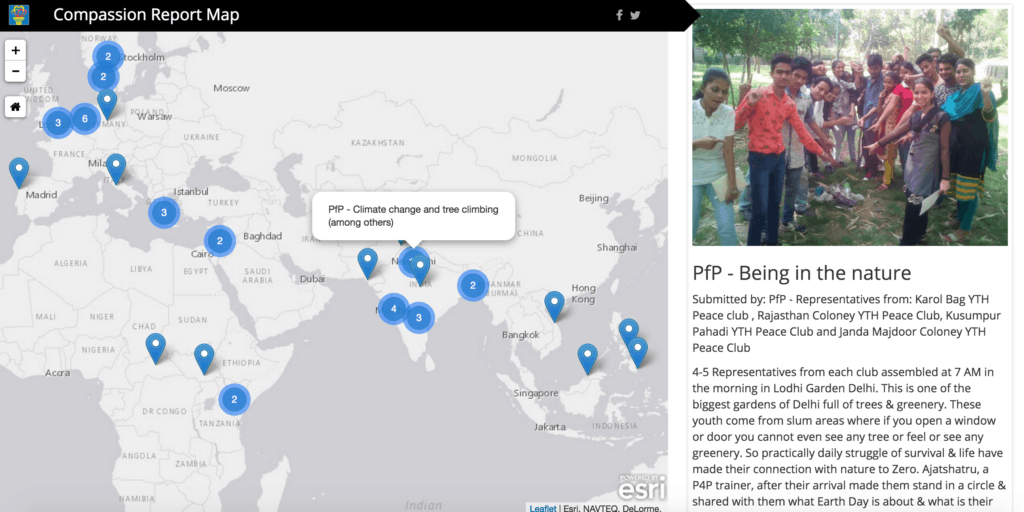 Youth from impoverished areas of New Delhi came together to connect with nature for the first time in their lives. The report explains:

“These youth come from slum areas where if you open a window or door you cannot even see any tree or feel or see any greenery. So practical daily struggle of survival & life have made their connection with nature to zero.”

They learned about ecosystems and climate change, and realized that they themselves were not the main contributors to the climate change. Even so, they realized there were things they could do to help, like reducing their use of plastic and cleaning up parks.

“It was shared that in the communities they come from no one has 2 or 4-wheeler, no one has motorbike,

they do not use AC, they don’t have refrigerator, they are not the contributor to this problem. At the same time we agreed we use lots of plastic & that we can plan to reduce.”

Upon reflection, they said:

“Each youth who had no connection with nature in daily life started experiencing connection and need of
this connection. They were inspired to contribute something in their limited capacity and in their surroundings. Each one became aware of hazards of using plastic and that they can make a difference.” 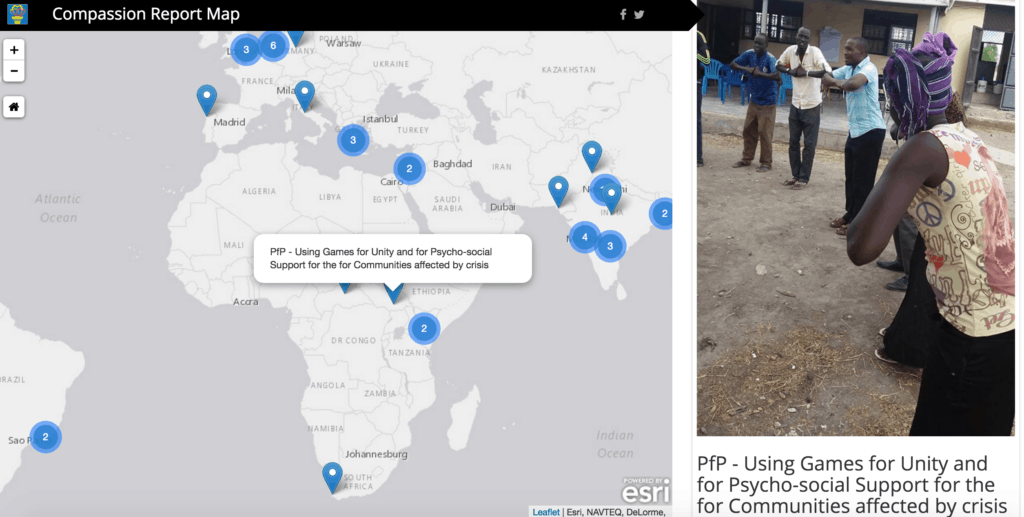 In South Sudan, communities affected by crisis came together to heal through the power of compassionate play. From the report:

“South Sudan has been undergoing through violent acts especially during the 2013 December crisis that resulted to loss of lives, destruction of properties including homes and service facilities, thousands were displaced, many were traumatized, as hatred enlarged from community to community. In order to to bring

peace and heal those traumatized, Hold the Child is working on Child Protection programs in such communities, in one way or the other a high % children were affected during the crisis.”Upon reflection, the reporter wrote:

“Since I went through a training of Play for Peace, I can bare witness that I have gone through a milestone of changes, through regular engagement of children and various communities. I have also changed my perception towards those who are our enemies, for example the cores principles of Play for Peace like cooperation, having FUN, safety, inclusion. I feel encouraged everyday when I see smiles on the faces of others. My great moments are when I take time with children and when I see them going back home singing or practicing on the Compassion Games.”

There are currently over 350 declared compassionate cities and communities around the world. At their best, compassionate cities challenge and inspire one another to reach new and unprecedented levels of civic engagement that leads to making their communities kinder, safer, more just and better places to live.The Compassion Games serve as a fun, creative catalyst toward this vital goal. In this year’s Serve the Earth Week Coopetition, three outstanding Compassionate Communities – Austin, Louisville, and Silicon Valley – have shown again why they are an exemplary force for igniting acts of service and compassion for other cities to build upon in their own way.

Compassionate Austin and the members of its communities are true champions of compassion. View some of the highlights that took place in Austin for this year’s Serve the Earth Week.

On April 14th 2016, the Mayor and City Council members of Austin, Texas’ state capital, voted to join with 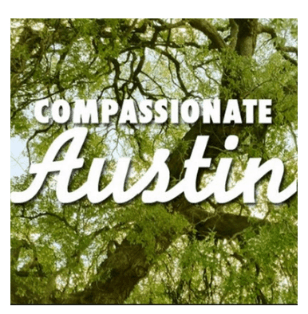 other Texas cities San Antonio, Houston and Dallas/Fort Worth in becoming a “self designated” compassionate city: Compassionate Austin. Austin joins over 350 cities around the world that have embarked on similar campaigns.

The Austin City Council Resolution recognizes that “we are all compassionate Austin” and encourages everyone in Austin – city departments, area school districts, community and faith groups, and all Austinites – to participate in the Compassion Games as a way to show 3D compassion (caring for others, self, and the Earth) and strengthen compassion strength of their city.

Lesa Walker, a civic leader in Austin who led this initiative, stated:

The City Council affirmed the Resolution just in time for the kick off of the Serve the Earth Week Compassion Games. What follows are a few of the highlights that emerged out of Compassionate Austin during Earth Week.

Nestled near the Santa Cruz Mountains lies Silicon Valley, the home of some of the world’s largest and most innovative tech companies such as Google, Apple, and Facebook.

It may be surprising to learn that compassion can thrive in such high tech environments, but Silicon Valley closely collaborates with Stanford’s CCARE, the Center for Compassion and Altruism Research and Education. The synergy of this collaboration and the resiliency of its communities is nothing short of amazing.

Emerging out of the Santa Cruz Mountains was the Community Resilience Challenge, a featured Way to Play in the Games lead by Leslie Meehan, a civic leader, Compassion Games Ambassador, and community member of the area.

In the upcoming Global Unity Games it is likely that the civic and corporate leaders of this dynamic area will play a large role in igniting compassionate action around the world. 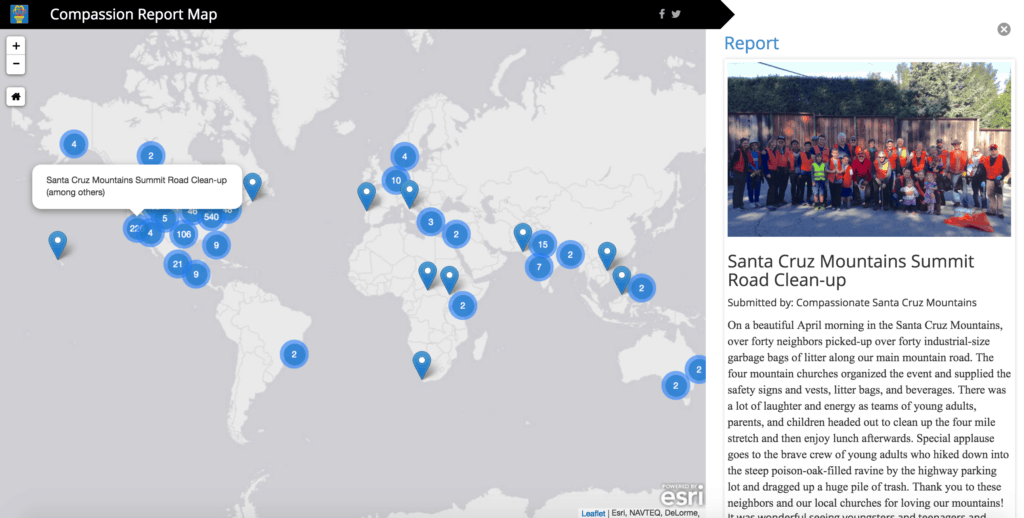 Each year, Louisville, Kentucky hosts its annual Give-A-Day: Mayor’s Day of Service celebration. During Earth Week, members of Louisville are encouraged to give one day of service to give back to their community.

Mayor of Louisville Greg Fischer ran and won on a platform of lifelong learning, health, and compassion. After receiving an award from the City of Seattle for affirming itself as a Compassionate City, he boldly and playfully declared that “Louisville is the most compassionate city, and will be so until proven otherwise.”

Mayor Greg Fischer has been a champion and collaborator of the Compassion Games since 2012, and began Give-A-Day to bring the vision of a compassionate city to life. In regard to Give-A-Day, he says:

“Whether you give an hour, a day, donate blood, give food, clothing or simply help a neighbor, everyone can do something! [T]hanks for helping make Louisville the most caring and compassionate city in the world! 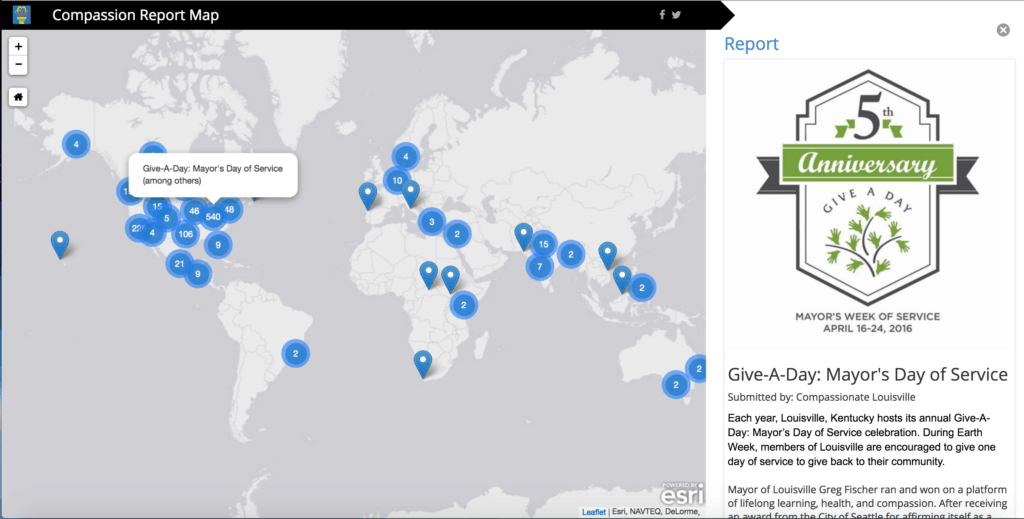 In total, Compassionate Louisville accomplished the following with the help of over 175,000 volunteers and 175,000 acts of service:

44,064 – Meals packaged by volunteers for Kids Against Hunger.

152 – Boxes of medical supplies sorted by volunteers for Supplies Over Seas, which sends the supplies and equipment to areas in need worldwide.

100 – Bicycles donated and refurbished through the Pedal Power Project for donation to Kentucky Refugee Ministries’ clients.

100 – Beds constructed and donated to JCPS students through the Build A Bed program. 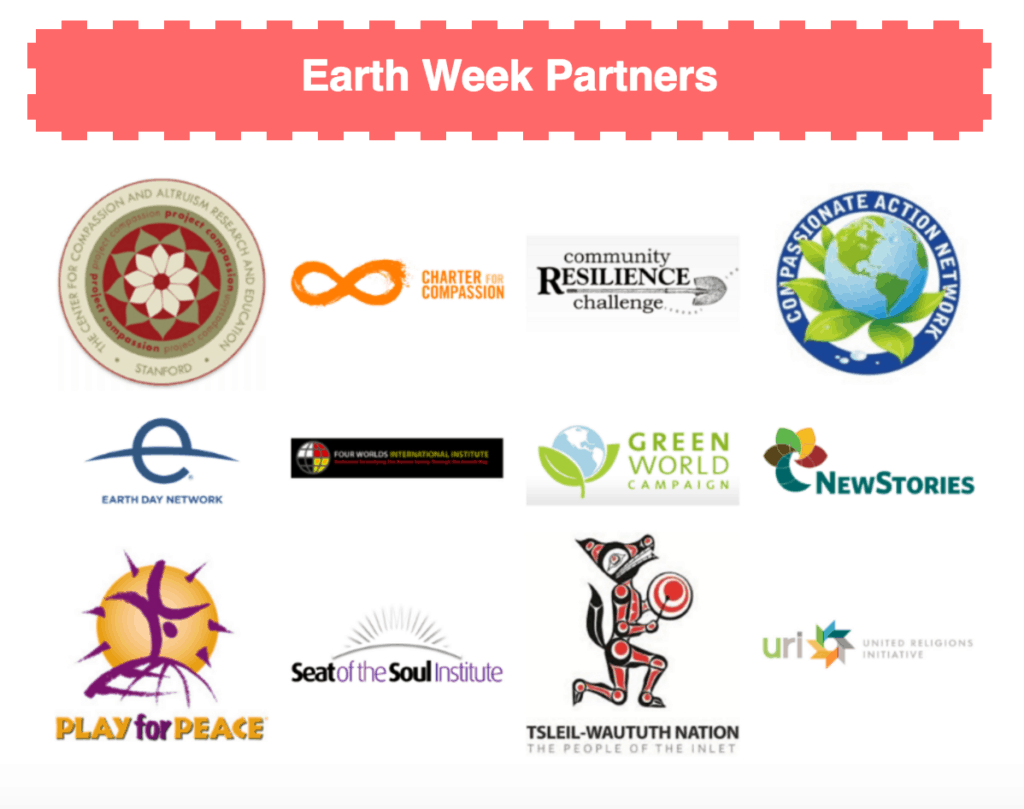