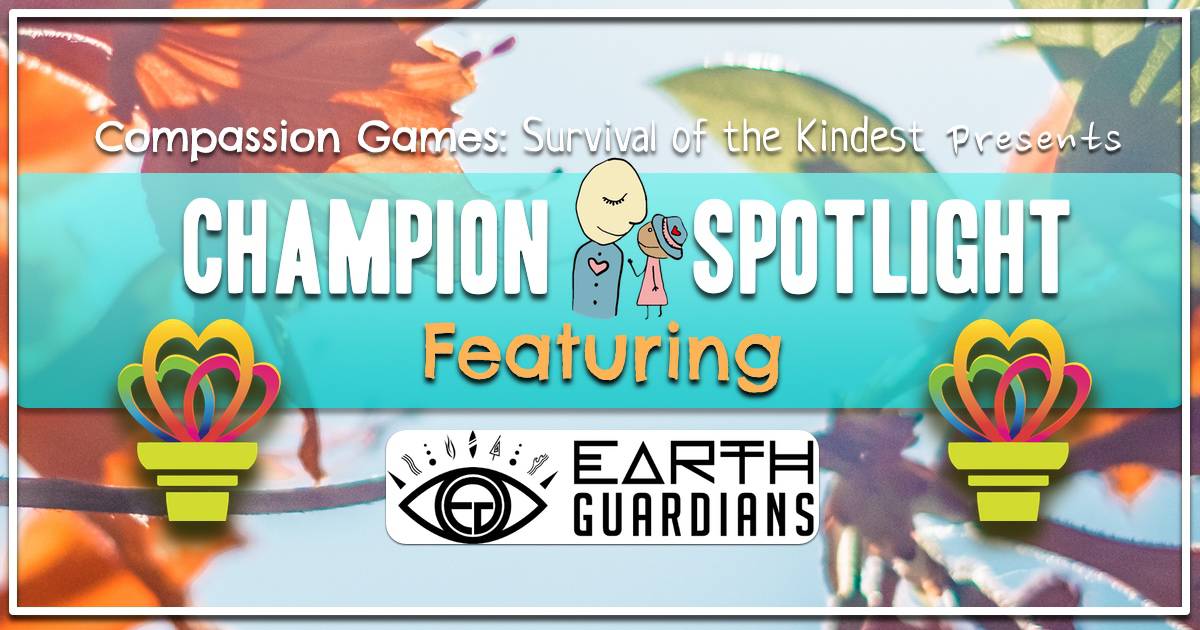 For Day 7 of the Giving Games, we are so deeply grateful to pass the Compassion Torch from the United Religions Initiative (URI) to the Earth Guardians, a tribe of young activists, artists, and musicians from around the world stepping up as leaders, and offering a powerful voice that cannot be ignored.

Few forces on planet Earth burn through the red tape of bureaucracy and the divisiveness of politics like the voice of our young people. Free from status, immune to the bias that can come from being entrenched in the complacency of the status quo, young people speak with a startling truth. It is human instinct to listen to the vulnerability and innocence that youth embody. So, what happens when that vulnerable truth transforms into a catalyst for action to protect and restore Mother Earth? You get Earth Guardians.

The Youth Director of Earth Guardians, Xiuhtezcatl Martinez (pronounced ‘Shoe-Tez-Caht’) is a 16 year old indigenous climate activist, hip-hop artist, and a profound voice on the forefront of a global, youth-led environmental movement. At just six years of age, Xiuhtezcatl addressed the Rio+20 United Nations Climate Summit in Rio de Janeiro, and went on to address the General Assembly at the United Nations in New York.

Xiuhtezcatl is a plaintiff in a lawsuit against the Obama administration for their failure to protect the atmosphere and their future. Among his other work, he has fought locally to get pesticides out of parks, coal ash contained and moratoriums on fracking in his state. Despite his lawsuit, in 2013, Xiuhtezcatl received the United States Community Service Award from President Obama, and became the youngest of 24 national change-makers chosen to serve on the President’s youth council.

Need we even say it? When it comes to compassion for Mother Earth and the future of the human family, Xiuhtezcatl and Earth Guardians live in the heart of that spirit. They are not only Champions of Compassion, they are ones we should all pay close attention to, learn from, and support in any way we can.