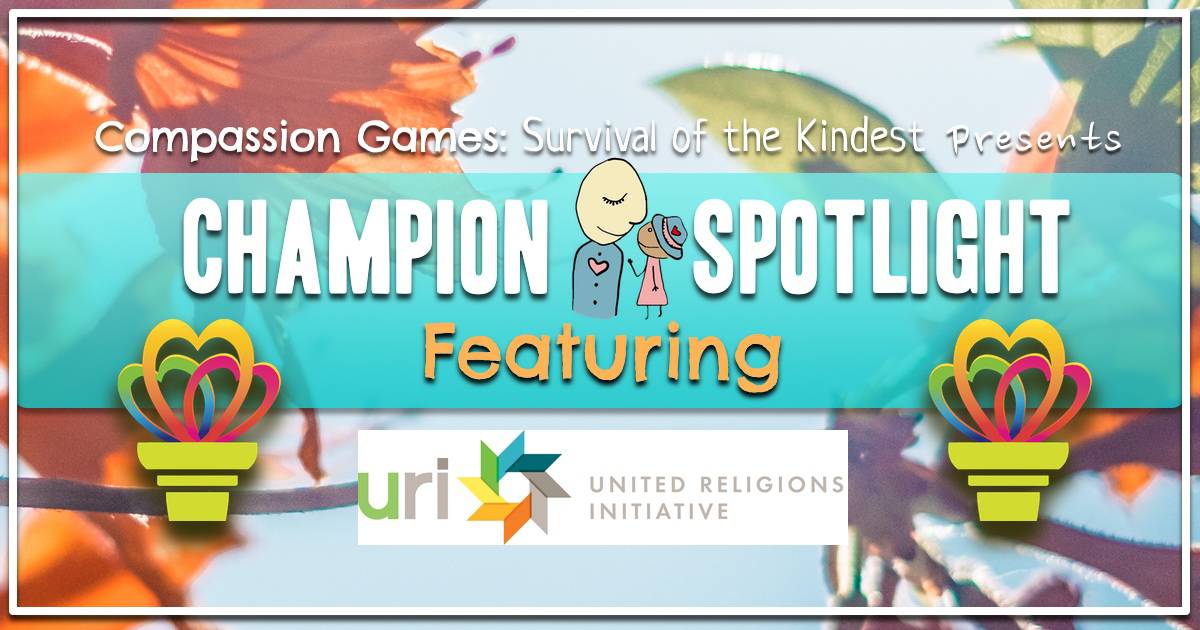 For Day 6 of the Giving Games, we are excited to pass the Compassion Torch from the International Institute for Child Rights Development (IICRD) to the United Religion’s Initiative (URI)! URI has taken up the Compassion Torch for the second Compassion Games coopetition in a row, and we are continuously inspired by their work to bring interfaith peace to reality.

The United Religions Initiative (URI) is a global grassroots interfaith network that cultivates peace and justice by engaging people to bridge religious and cultural differences and work together for the good of their communities and the world. The purpose of the United Religions Initiative is to promote enduring, daily interfaith cooperation, to end religiously motivated violence and to create cultures of peace, justice and healing for the Earth and all living beings.