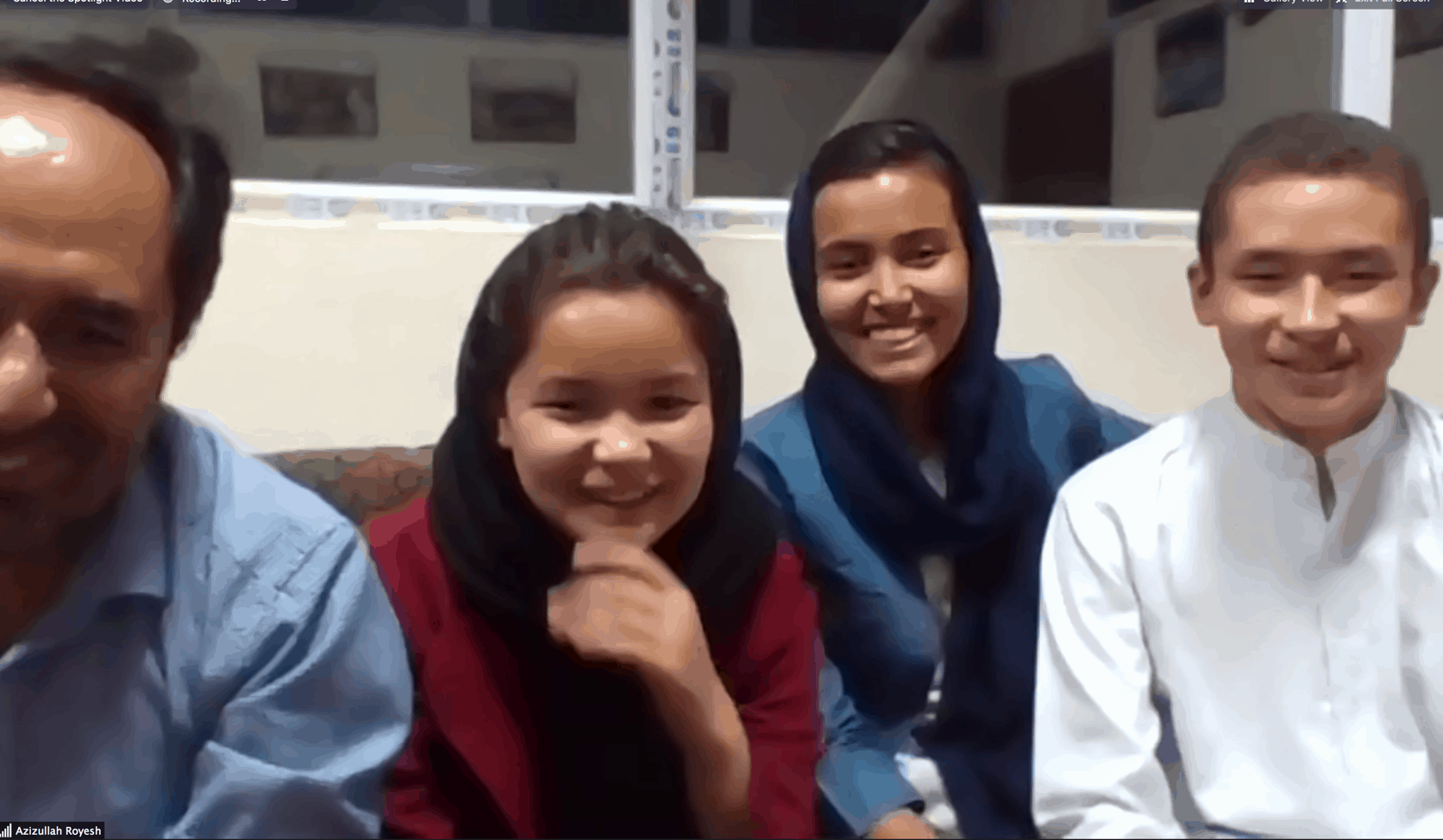 Since 2012, Compassion Games supports teams from all over the world to foster creativity to develop empathy into action. We are inspired to see the next generation, the “Seventh Generation,” rising and leading the way.  Recent examples include Standing Rock Runners and their Run for Water that catalyzed the movement against the Dakota Access Pipeline and the Marjory Stoneman Douglas students, March for Our Lives, one of the most massive protests in American history.

We have an emerging story to share and an invitation for you to participate with one of the most remarkable teams to play in the Compassion Games. The story is about this team’s commitment to creating Peace on Earth by 2030. The team is from Marefat High School in Kabul, Afghanistan.

This story is also about the power of courageous action and the inspiration of music to bring about social change. As part of designing the social change game Peace on Earth by 2030, these students started practicing “Befriend the Other.” The activity “Befriend the Other” requires empowering oneself to go outside your comfort zone and to reach out to someone who may think differently and ask them to be your friend. It is one of Seven Actions to Create Peace on Earth that is shaping the design of Peace on Earth by 2030. 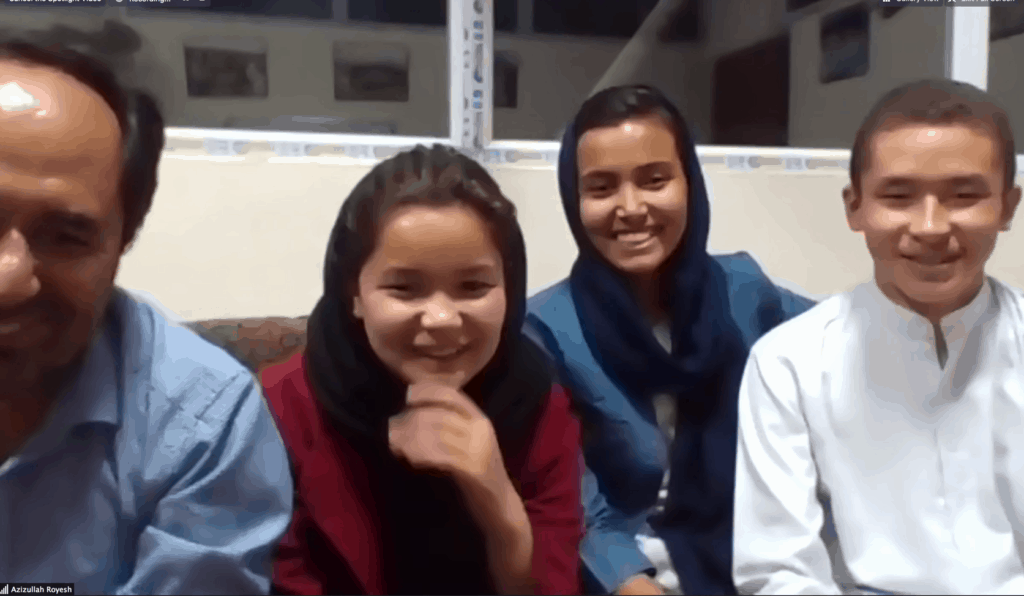 The act “Befriend the Other” began by focusing on one person befriending another individual. It is evolving to be a team of people befriending other groups of people. It is expanding and including the power of music to inspire social change and to move people to join together and go out on the streets and directly engage with their local community.

We shared with the students the Empty Hands music video “We Shall Overcome: Love will Rise Again.” Watch the students and their teacher Aziz Royesh see the music video and commit to participating in bringing the message of peace and love to the streets of Kabul. Their plan became to support the International Day of Peace (September 21st) and to have the students organize and coordinate four subteams to create “Peace Waves” on the streets of Kabul. They have composed an original song in Farsi inspired by the Empty Hands music video.  There are professional video recorders who will accompany the teams to record their experiences. We will then feature the team, and video during the World Peace Broadcast, taking place on Saturday, September 22nd during the closing weekend of the 2018 September Compassion Games. We have been preparing and moving along. Here is a playlist of video highlights from our planning sessions.

Since we began preparations there have been attacks nearby in Kabul; on Thursday we received this email from Aziz:

We are all concerned about the safety of the students. Aziz has a deep insight into the challenges and threats of ethnicity in politics.  He sees this as an intergenerational challenge of “new politics with old traditions.” Aziz says that violence is the tool of the Taliban and that “song, and anthem, and love is ours.”  You can appreciate their commitment to “education, respect, love, and mercy…” and his wish for everyone to “act and live humanely.” They are determined to bring their message of hope, peace and love to the streets of Kabul. 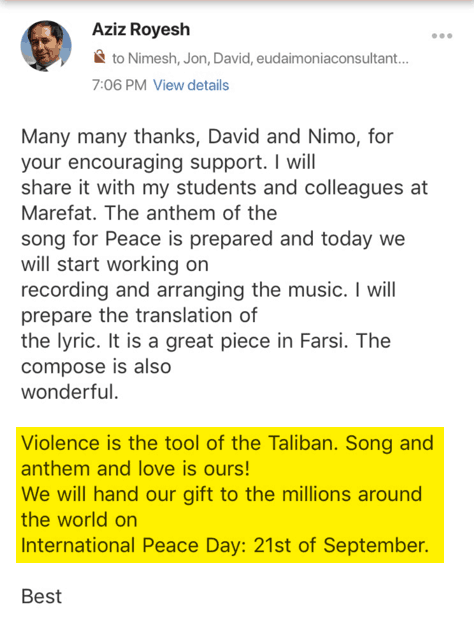 The story about the Marefat High School team is spreading. A California non-profit, Hustlers for Humanity in Santa Barbara has partnered with the Lost Art of Love Letters to support others in creating letters of love and support for the students in Kabul. Since we shared this story four other teams have also committed to sending Love Letters to Marefat High School. We invite you to create these Love Letters and record them as photos or videos that we can digitally share with the students and the rest of the world.  You can post your Love Letter to the Compassion Report Map or send your letter as an email to loveletters@compassiongames.org

On September 22 Compassion Games is hosting a Peace Wave Summit on the World Peace Broadcast during World Peace Weekend. We are planning to feature Marefat High School and cover this story on the broadcast as it unfolds. We will deliver the Love Letters to the students during the broadcast.

Will you write a Love Letter to the students at the Marefat High School in Kabul? 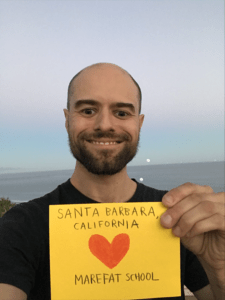 Then tune into the live broadcast and share the live stream on social media to create a Global Peace Wave reaching millions of people.  The broadcast is part of the campaign in partnership with Unify and these other partners: 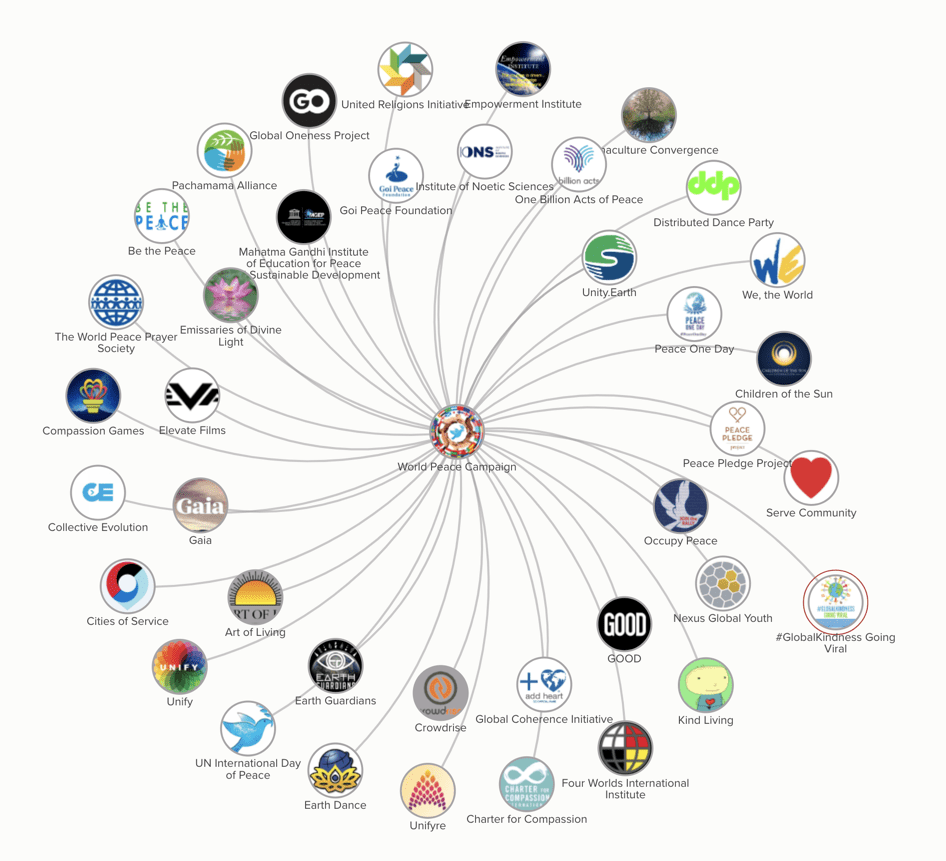 This story is playing out in real-time and we will be covering these developments as they unfold. To gain a greater understanding, we offer some additional background.

How Did We Get Here

In February of 2018 in Lalibela, Ethiopia, the Peace Flame, from David Gershon and the Empowerment Institute, and the Compassion Games: Global Compassion Torch converged to create a Global Fire of One Love that has lit our way forward and we have worked closely ever since.

David has been training Aziz Royesh in his empowerment methodology as part of the Imagine Program for the past few years. Aziz is considered one of the most remarkable educators in the world. He instills hope and aspiration in Afghan youths who are struggling with poverty, life in refugee camps and the legacies of war. In order to help build a new nation, he saw a need to rebuild the Afghan education system with a focus on civic education and female empowerment.  The NY Times bestseller The Last Thousand: One Schools Promise in a Nation at War documents his extraordinary accomplishments.

David also introduced us to the founders of Serve Community based in Santa Barbara with their mission to empower millennials who want to change the world.

Together with the Compassion Games, we are collaborating to create Peace on Earth by 2030 guided by the 7 Actions to Create Peace on Earth as defined by David.  As part of our design process, we introduced the music of Champions of Compassion Nimo Patel and Daniel Namoud of Empty Hands Music. We were moved by their recent video We Shall Overcome – Love Will Rise Again.  We informed Nimo that we shared the video and how inspired Aziz and the students were. Nimo and Daniel and their team have joined the project and Nimo has offered to visit Kabul sometime in the future. Here is a map of the players and the seven actions connected with Peace on Earth by 2030: 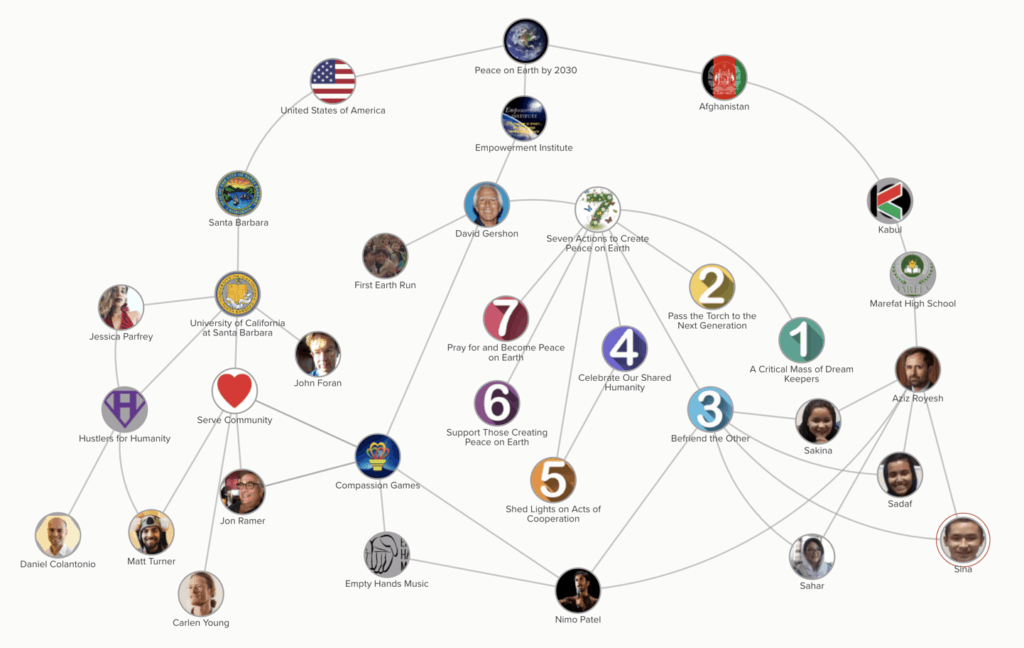