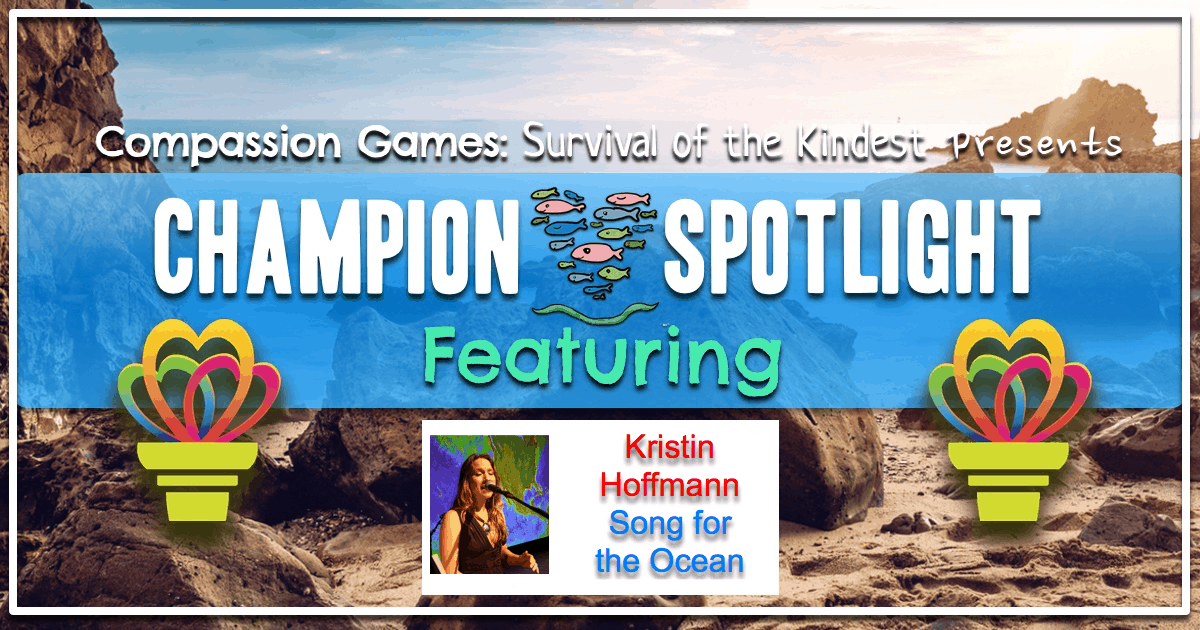 Where shall we begin to talk about this starlight warrior of peace and truth? She lives and breaths healing for our Earth. Her song with the magic of her unique voice is like a guiding light out of the darkness. We are delighted to light the Compassion Torch for Kristin Hoffmann. She is a Champion of Compassion pulsing heart-centered inspiration and soul action ripples around the world. Here is a profound example of her embodied spiritual compassion as we passed her the Compassion Torch in Shashamane, Ethiopia at U Day Festival: Land Of Origin 2018.

“I am grateful for this unlimited infinite source of love, of divine love, this compassion that is rippling out into the world starting from this very point.” — Kristin Hoffmann

See her fire for this world that is part of an ongoing Compassion Game, Global Fire of Compassion and One Love.

Starting at the age of 4, ethereal renaissance songstress and Juilliard trained multi-instrumentalist, Kristin Hoffmann began building a prolific career in music. In addition to stints at major record labels, Capitol and Interscope Records, and song placements on hit TV shows like Dawson’s Creek and Palmetto Pointe, she has shared stages with The Wallflowers, Feist, Brandi Carlile, Richie Havens and many other musical luminaries.

With a strong sense of artistic altruism, she is most passionate about projects that explore music’s healing power and allow listeners to tap into their higher potentials. Kristin composed 170 songs for health-challenged children as a writer/producer at non-profit organization Songs of Love. A spokesperson for ocean conservation, she has performed her Song for the Ocean at environmental awareness conventions and concerts around the world, including TEDxSF, Bioneers, Hermanus Whale Festival (South Africa) and with The Royal Philharmonic Orchestra in London. 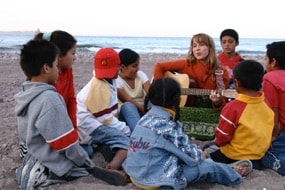 Over the past 2 years, she has continued to expand her worldly voice, guest blogging for many well-respected magazines, from Elephant Journal to The Ecologist, and performing at The Conscious Life Expo (LA), the signing of The Fuji Declaration (Mt. Fuji) and The Emoto Peace Project concert in Tokyo. In 2014, Kristin was invited to become the youngest member on the board of FIONS (Friends of Institute of Noetic Sciences). In early 2016, she was voted onto the board of Gandhi Global Center for Peace and was also a new inductee into the acclaimed group of luminaries of the world called Evolutionary Leaders.

Compassion Games began to build relations with Kristin Hoffmann in February as new members of Unity Earth’s U Day Festival in Ethiopia during World Interfaith Harmony Week. Kristin is instrumental in the creation, planning, and musical magic of the Festival. We had the precious opportunity to converge in the sacred holy land of Lalibela, Ethiopia in a ceremony bringing the Torch of Peace, The Light of Unity, the Compassion Games Global Compassion Torch together to co-create the Fire of One Love. Kristin Hoffmann held the torch of Peace and sang us to new heights of higher love under an unforgettable super full moon. Here is a sneak peak of the power of U Day Festival with Kristin and 65 other diverse delegates from around the world in this brief video made by Unity Earth Team.

After the U Day Festival, we organically began collaboration with Kristin Hoffmann to light up the world and inspire action through her voice with “Song For The Ocean.”

“My goal for the “Song for the Ocean” project is to get a minimum of 1 million people to join me in singing this song.  As we sing, let’s hold the vision of a healthy planet, and make a commitment to the Earth and all it’s creatures, to be a part of positive change in whatever ways we can.” -Kristin Hoffmann

You can access the song’s lyrics in English, French and Japanese on her website here to support singing in your teams, families, community events, schools, homes, and clubs around the world as a featured way to play April Compassion Games.  We featured Kristin Hoffmann on our monthly Global Social Media Cafe and she blew our minds and hearts with thousands of people from around the world together honoring World Water Day with her song. See the moment captured here in this video and sing along if you wish.

As a way to celebrate Kristin Hoffmann as a featured Champion of Compassion, we invite you to share singing her song around the world on the Compassion Report Map. Thank you for all you do to make a more compassionate world Kristin. We LOVE YOU!