Is Texas Becoming the Most Compassionate Place on Earth? 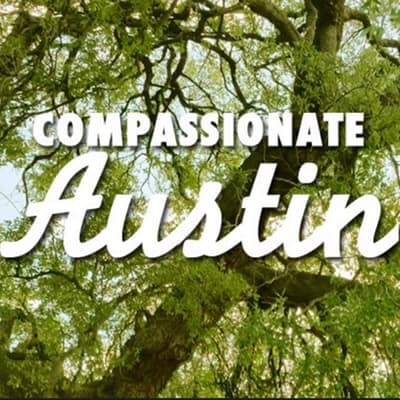 Even though Texas is the second largest state in the union when it comes to size and population, it appears

that it won’t be second when it comes to compassionate action. Look at what’s happening in the Lone Star State!

On April 14th 2016, the Mayor and City Council members of Austin, Texas’ state capital, voted to join with San Antonio, Houston and Dallas/Fort Worth in becoming a “self designated” compassionate city: Compassionate Austin. There are now over 350 cities around the world that have embarked on similar campaigns.

It is well known that Austin is an incredible city that is smart, super cool, and determined to “keep Austin weird,” but now it is championing compassionate action and elevating compassion throughout the city.  Last week, the Austin Symphony Orchestra performed the United States premiere of the song cycle “Compassion” by Nigel Westlake and Lior Attar. At the performance a group of University of Texas business school students did their service learning project on the theme of compassion by hosting a “Compassion Corner,” where they engaged people in sharing their thoughts and stories of compassion.  The week before they created videos of people telling their stories of compassion at a “Compassion Conversations” exhibit and panel discussion at the Blanton Museum of Art.

The Austin City Council Resolution recognizes that “we are all compassionate Austin” and encourages everyone in Austin, city departments, area school districts, community and faith groups and all Austinites to participate in the Compassion Games as a way to show 3D compassion (caring for others, self, and the Earth) and strengthen compassionate action. At a City Hall press conference, following the passing of the Resolution, there were speeches made by representatives of Rosedale School (Austin Independent School District), the Austin Public Libraries, Earth Day Austin 2016, Interfaith Action of Central Texas, and Raindrop Women’s Association/Turkish House. Each of these groups, as well as others, participate in the Compassion Games and represent the many champions of compassion in Austin. 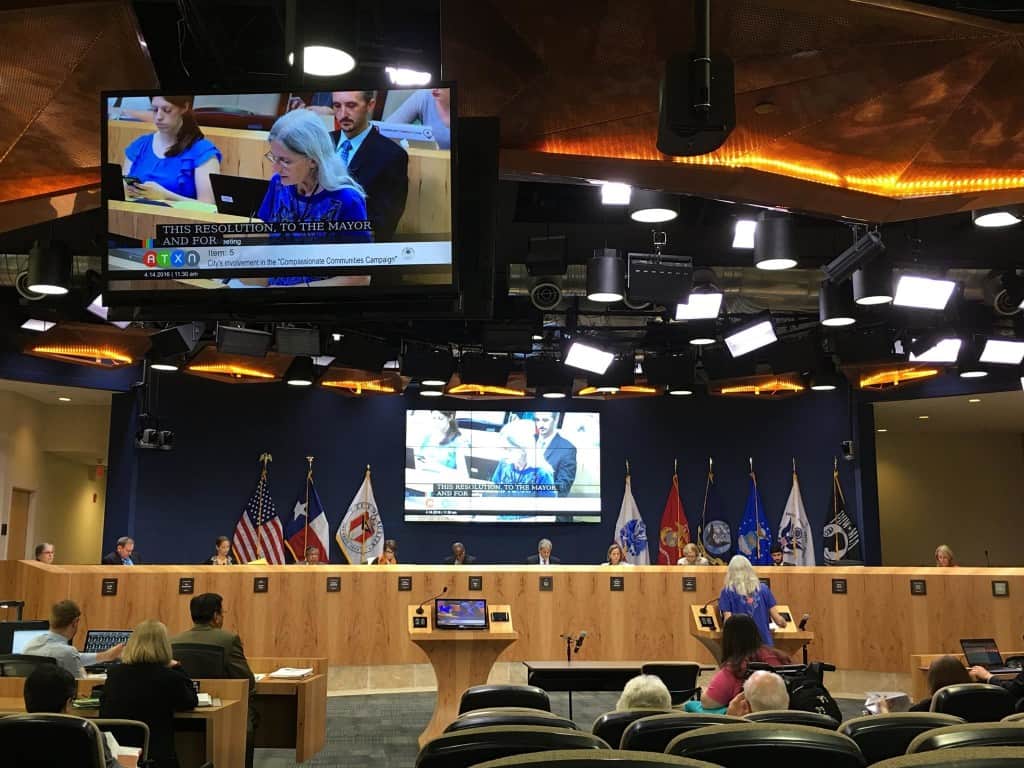 Dr. Lesa Walker speaking for the resolution at City Council to inaugurate Austin as a Compassionate City.

This was clearly a brilliant strategic move on Compassionate Austin’s part. The City Council affirmed the Resolution just in time for the kick off of the Serve the Earth Week Compassion Games. Cities from all over the world will now have to consider ways to up their “compassion game” in response to this wave of goodness and compassion strength coming out of Austin, Texas. Here is a video of Compassionate Austin organizer Dr. Lesa Walker talking about the resolution and commitment to playing in the Compassion Games. 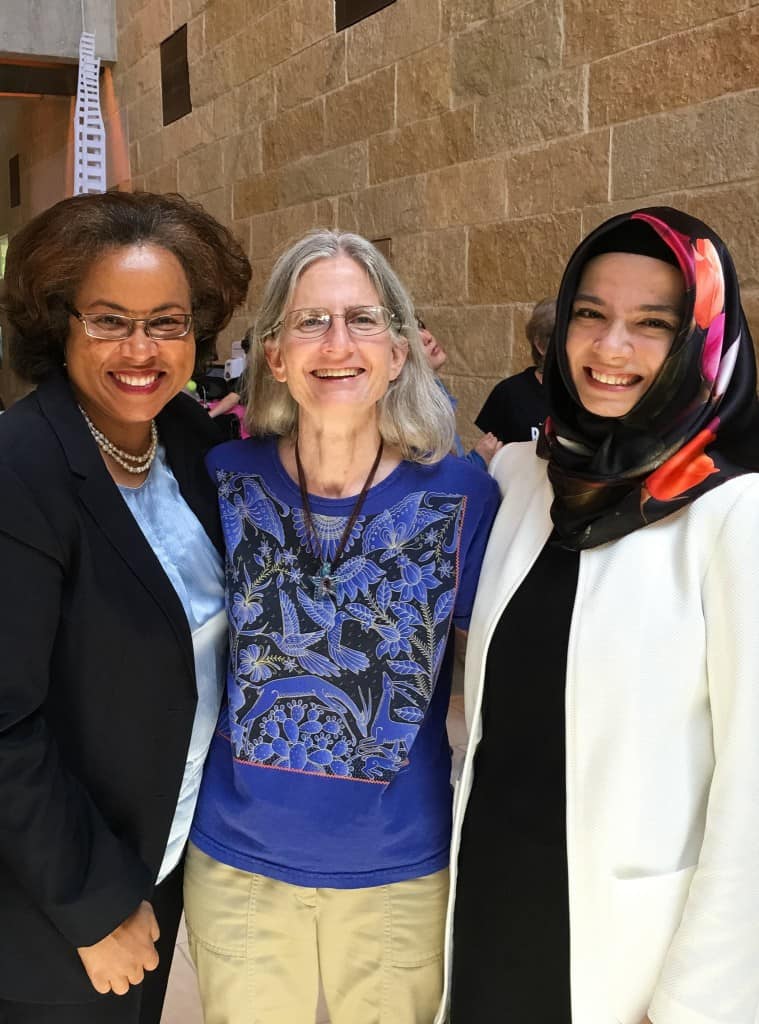 Earth Day Austin is one of the teams in the Serve the Earth Week: Love this Place! Compassion Games and is organizing the Earth Day Austin 2016 festival happening on April 23.  As awesome as these actions are, the largest Earth Day festival in the world does not take place in Austin but takes place in Dallas, Texas with over 600 exhibitors. Compassionate Dallas-Fort Worth will be at that festival in Dallas thanks to Dr. Charles Barker, organizer of Compassionate Dallas-Fort Worth, and his remarkable team.

Congratulations to everyone in Texas for the remarkable work they’re doing to bring compassion to life! Want to see more of the creative and social innovation coming out of Austin? Take a look at this Austin Social Entrepreneurship Map. Compassion is the power source for social innovation. It is the power source to meet our personal and community needs and create a better world!

Learn more and sign up for Love This Place! Serve the Earth Week here!