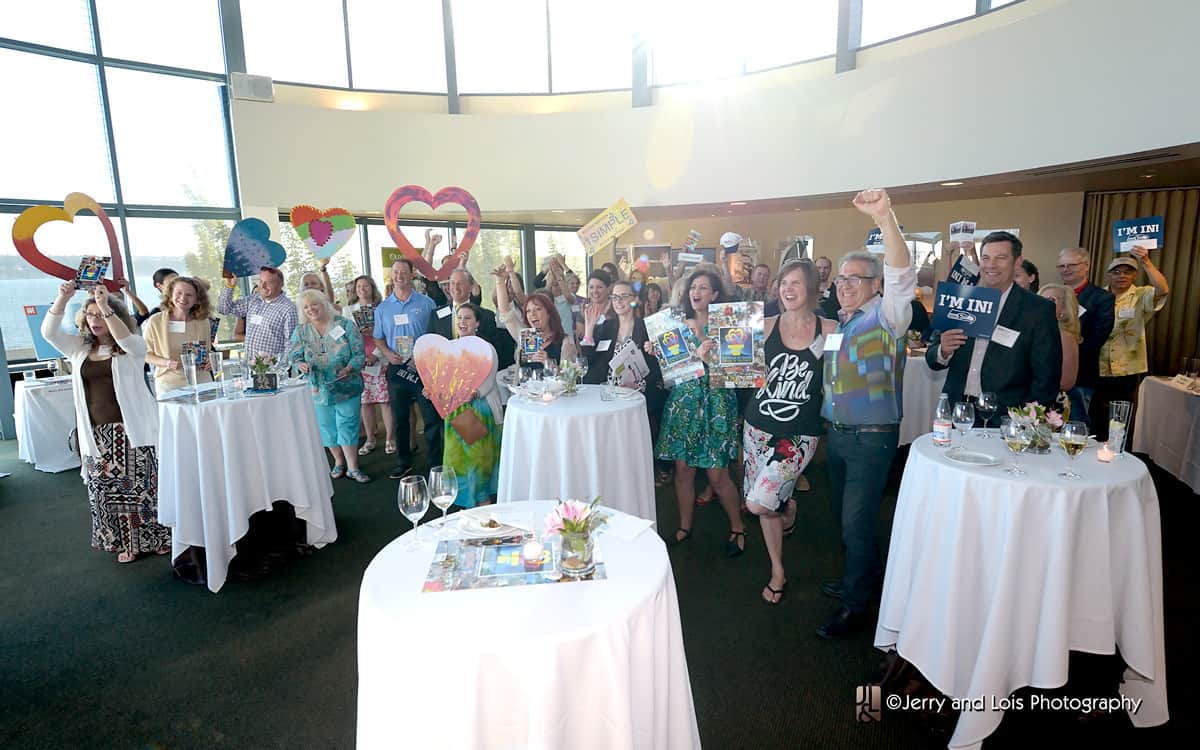 On Wednesday, July 27th, a kick-off celebration and networking event took place at the World Trade Center Seattle. Twenty-two non-profits, including the American Cancer Society, Goodwill, and Plymouth Housing, shared their missions with civic and business leaders and invited them to participate in the service opportunities they plan to host during the Global Unity Games. Seattle Mayor Ed Murray officially proclaimed July 27, 2016 as Compassion Day Seattle, kicking off the celebration.

The world’s largest compassion competition is on!  World Trade Center Seattle (WTCS) just put out a “Call to Play” for the upcoming September Compassion Games. WTCS invites all of its members (and non-members) to join the global challenge to find out “Who is the World’s Most Compassionate City?”

The score will be settled during the Global Unity Compassion Games: Tomorrow Together from September 11, a National Day of Service and Remembrance through September 21, the International Day of Peace. This year, Compassion Games International and a coalition of partners are launching “Tomorrow Together”, a five year campaign to “Bring young people together from all over the world to learn about each other and do good deeds in a global expression of hope for a better tomorrow.”

In the Compassion Games, competition becomes “coopetition” as individuals and teams challenge one another through community service, acts of kindness, and raising funds for local causes. All good deeds, volunteer hours, money raised, and people impacted between the dates of September 11 and September 21 will be recorded via a web-based report map, a platform viewed publicly by millions of people.

On Wednesday, July 27th a kick-off celebration and networking event took place at the World Trade Center Seattle.  Twenty-two non-profits shared with civic and business leaders their missions and invited them to sign up to participate in the service opportunities they plan to host during the September Games.

We all know that business is a key driver for social change. Two remarkable business leaders from the Seattle community spoke at the event, connecting the dots by showing attendees that compassion is good for people and for business, and that it is critical to “sustaining sustainability.”

In addition to business leaders, mayors have a key role to play in motivating their cities. Mayors across the U.S. are proving that compassion is a vital component of effective public policy, and the Mayor of Seattle is no exception. Seattle Mayor Ed Murray proclaimed July 27 as Compassion Day Seattle to support the kick-off event at the World Trade Center. 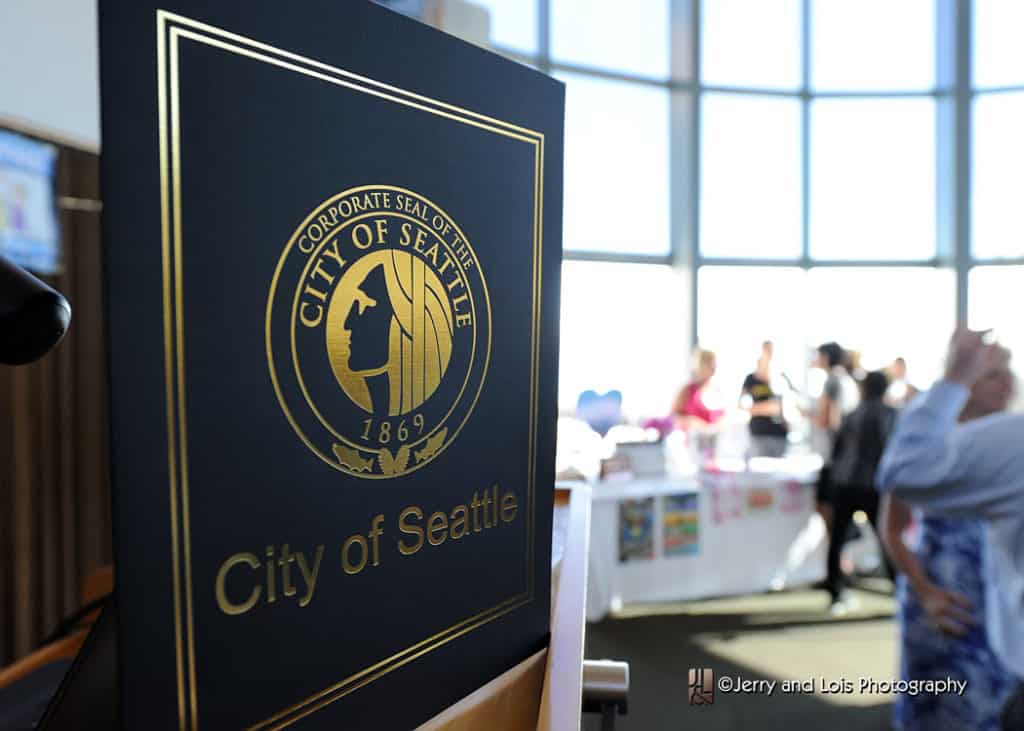 Seattle’s arch-rival Louisville, Kentucky and their Mayor Greg Fischer challenged us to see “who’s got the edge on kindness”, releasing two Public Service Announcements to proclaim the challenge.

Our goal for the event was to recruit Seattle players and partners to join with WTCS non-profits and participate in the Compassion Games. Here’s an example of feedback we received:

“Shelley, thank you so much for having us at the event last week. Roxanne had a great time and felt like she made a huge impact with her speech, and we also signed up 5 teams from that event for our walk!!!  Thank you again and I have registered our event with the Compassion Games website as well!” Katie Johnson, American Cancer Society

The 180 Foundation, Plymouth Housing Group, Hope Heart Institute, Goodwill and other non-profits have already signed up as teams.

Compassion Games International is thrilled to be a new member of World Trade Center Seattle and are grateful to Shelley Tomberg and Columbia Hospitality for producing this kick-off celebration and networking event.  We thank USI Kibble and Prentice for sponsoring the event, as well as their leadership in fostering and encouraging civic and community involvement.

This year is the 15th anniversary of 9/11. We invite you and your community to get involved. Sign up to play as an individual and then if you choose to register a team to participate in the games. Game on!

View Photos From the Event! 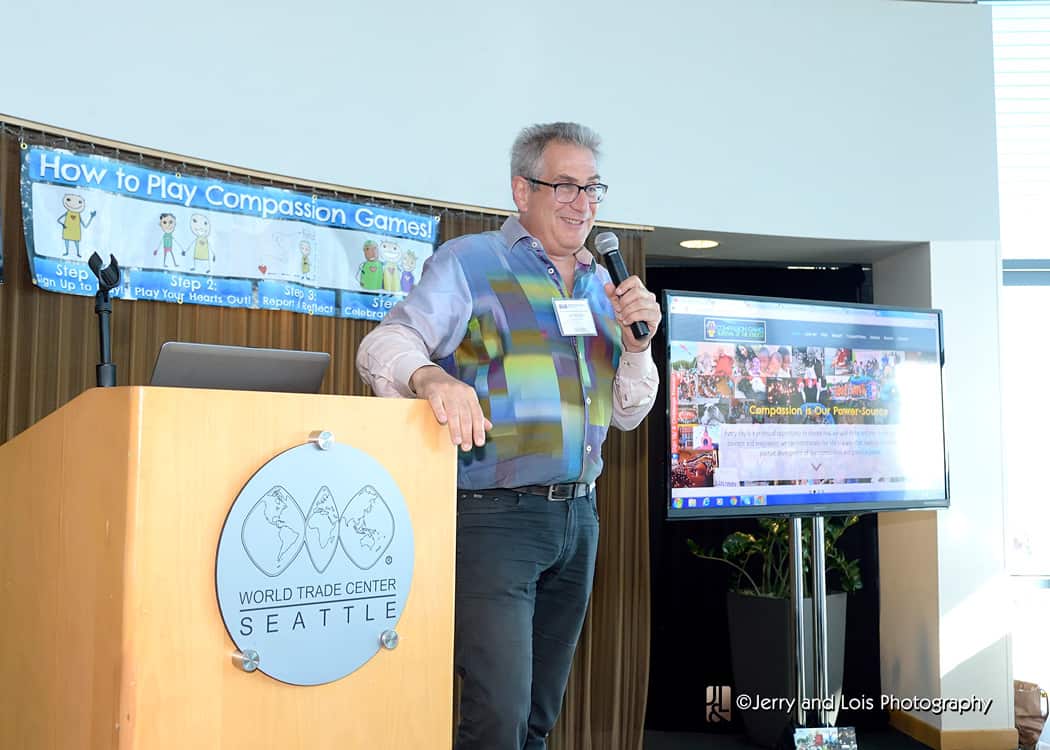 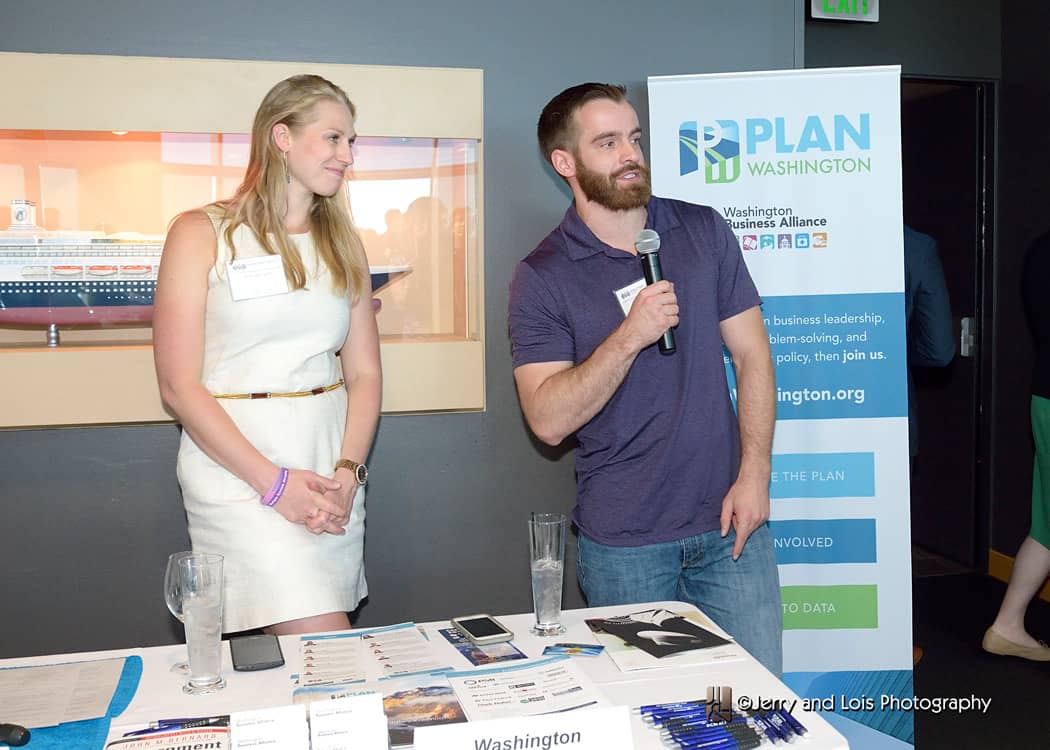 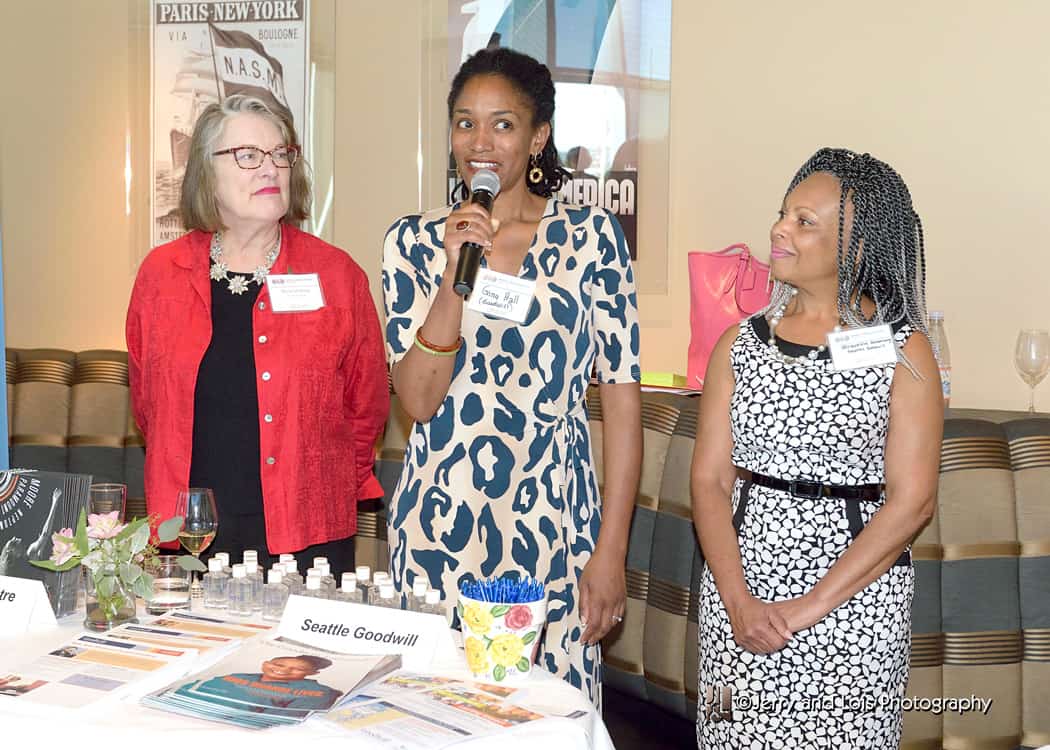 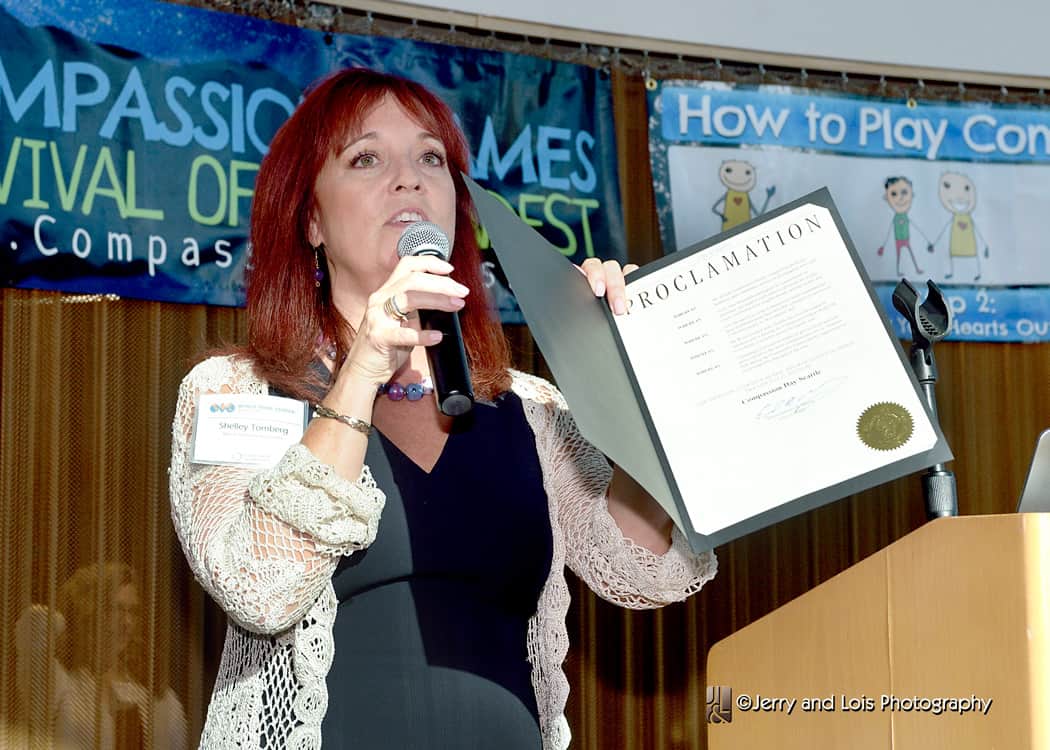 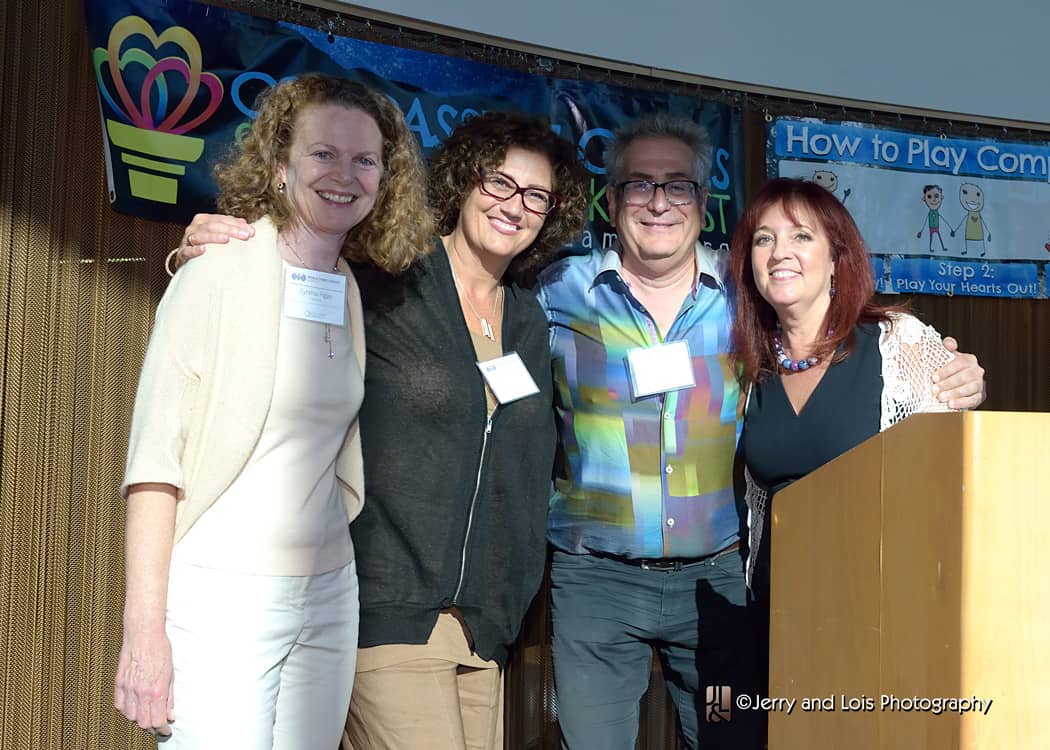 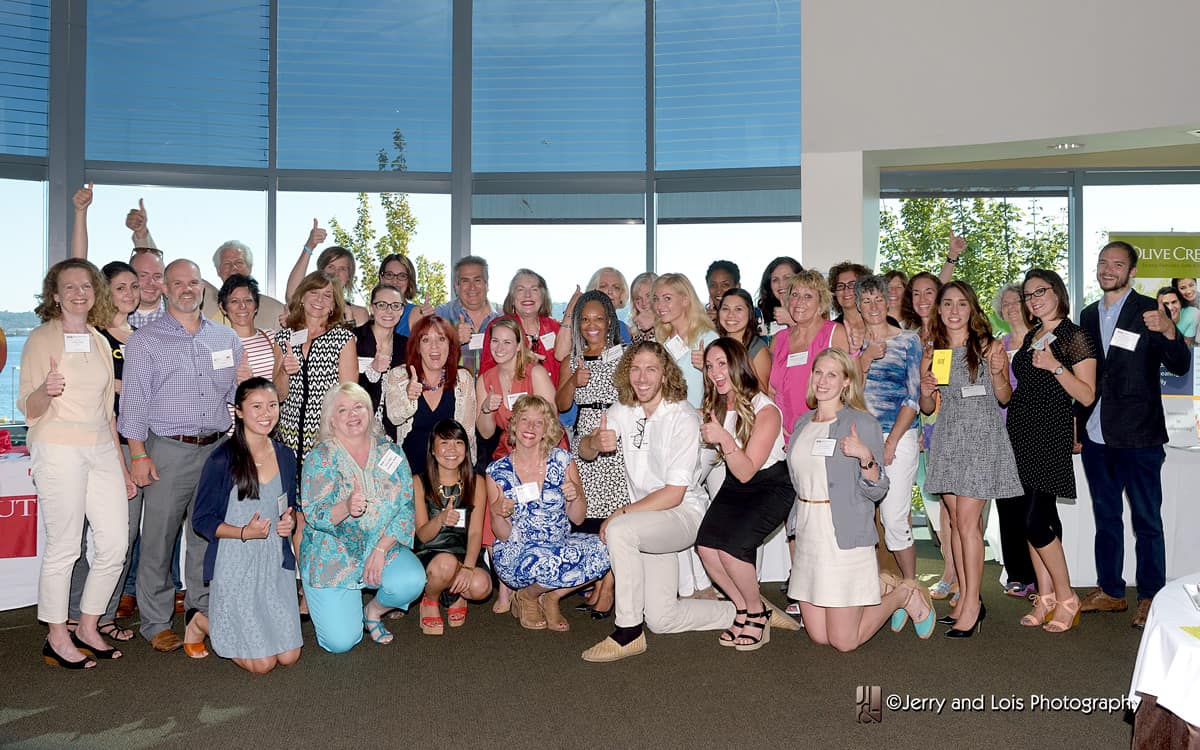 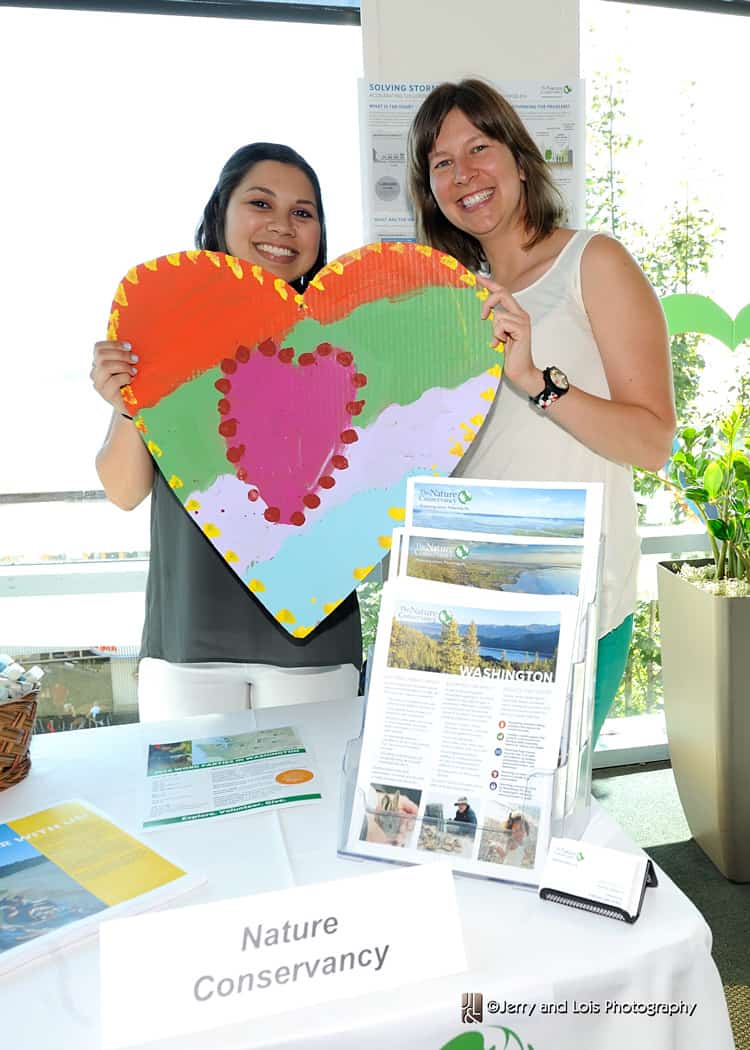 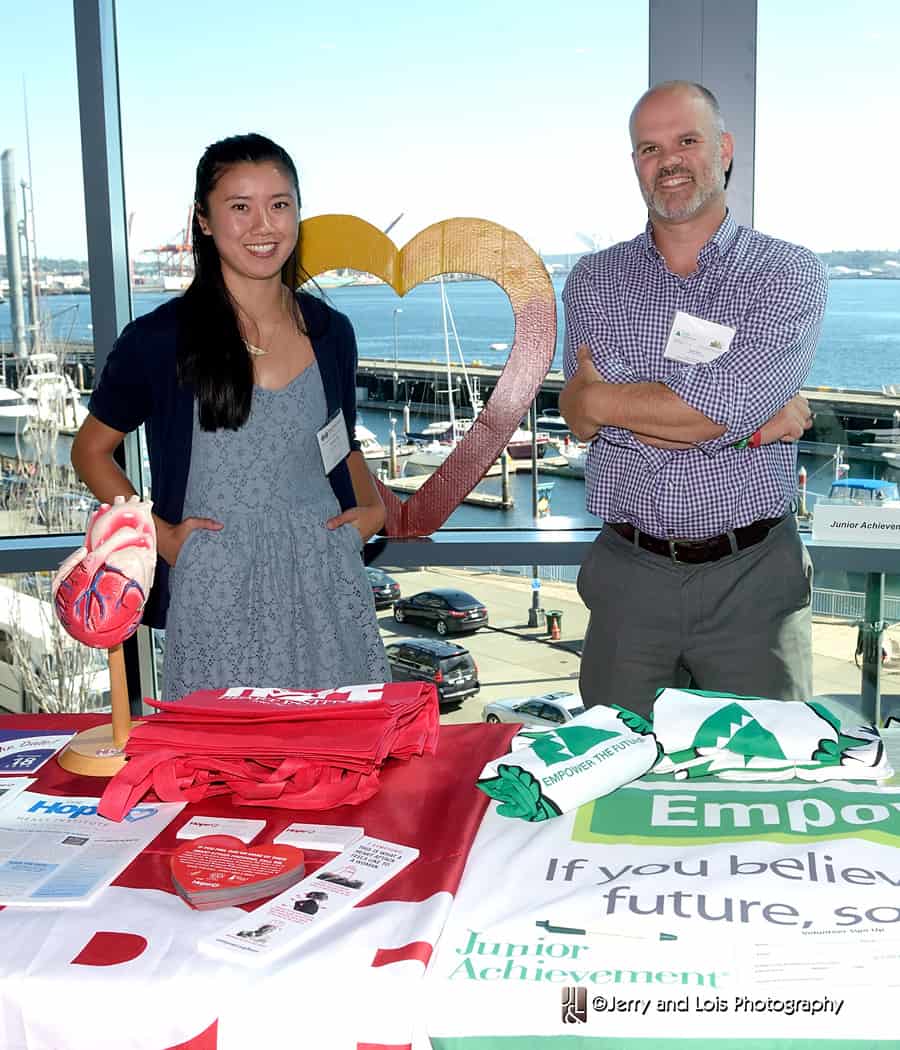 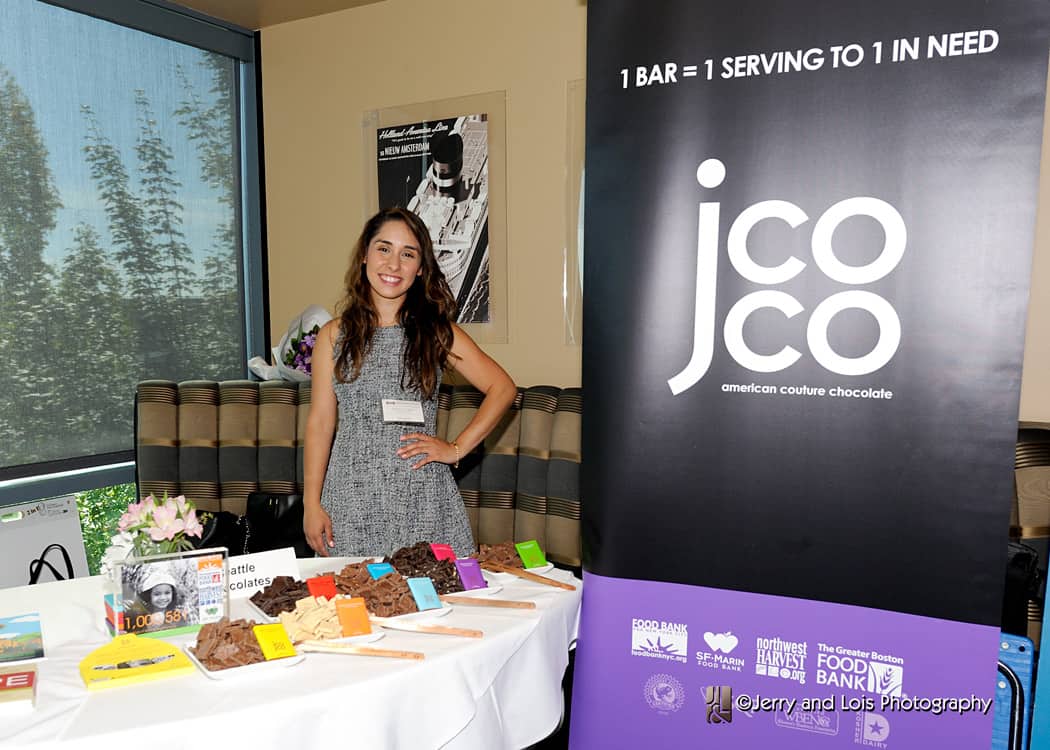 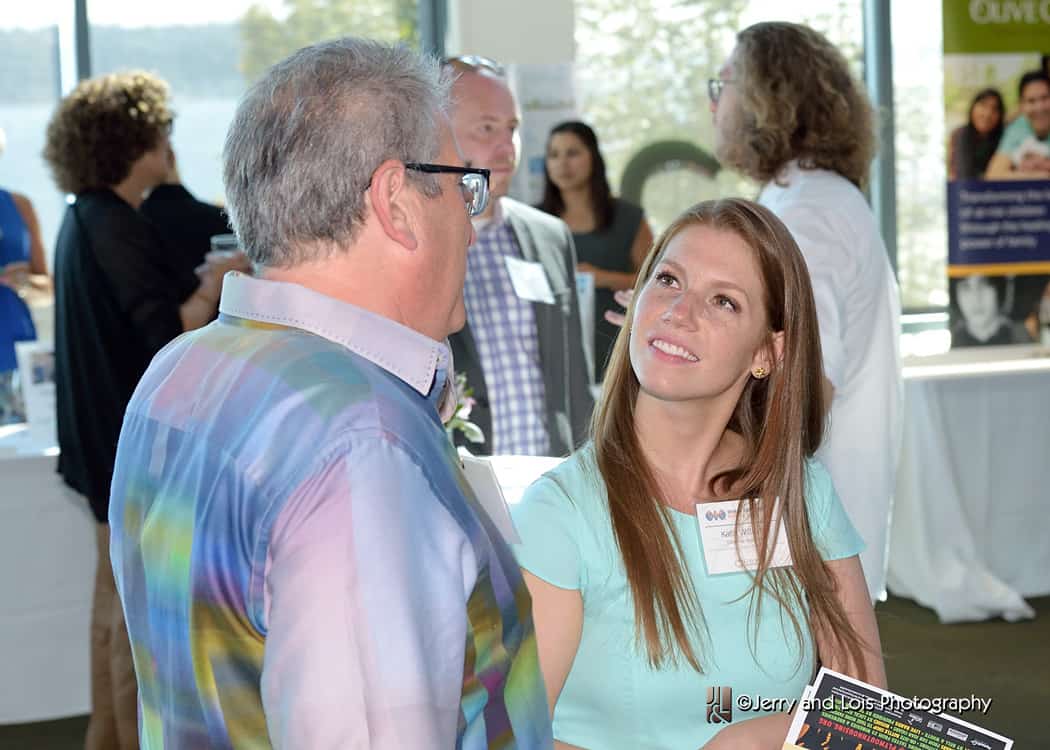 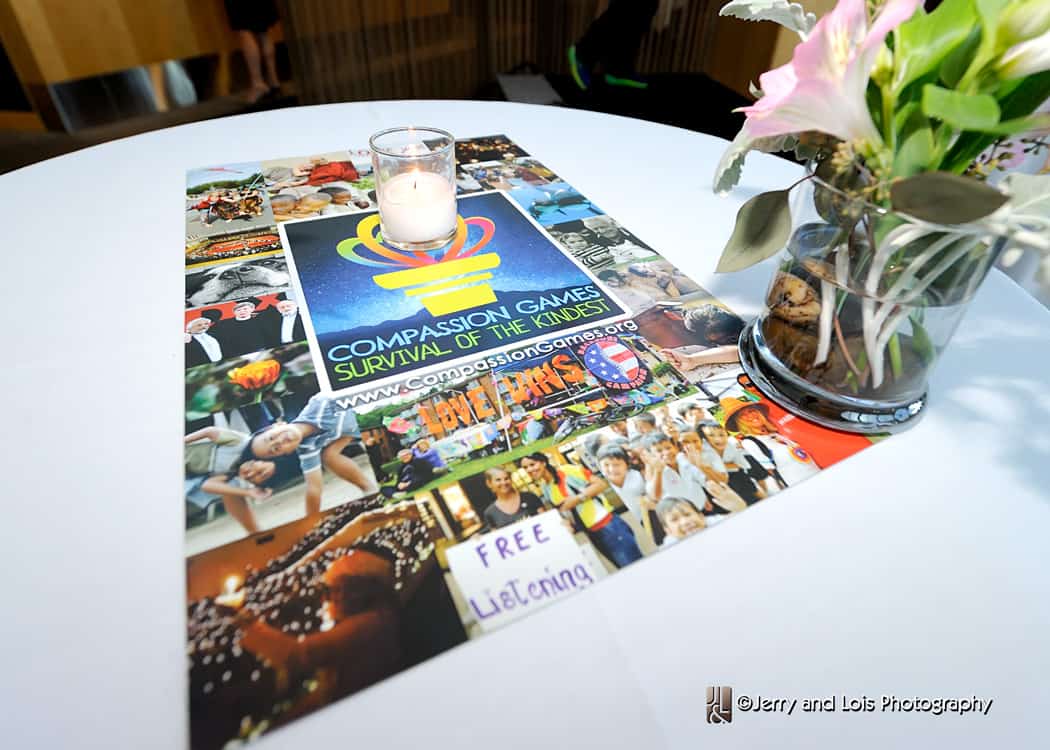 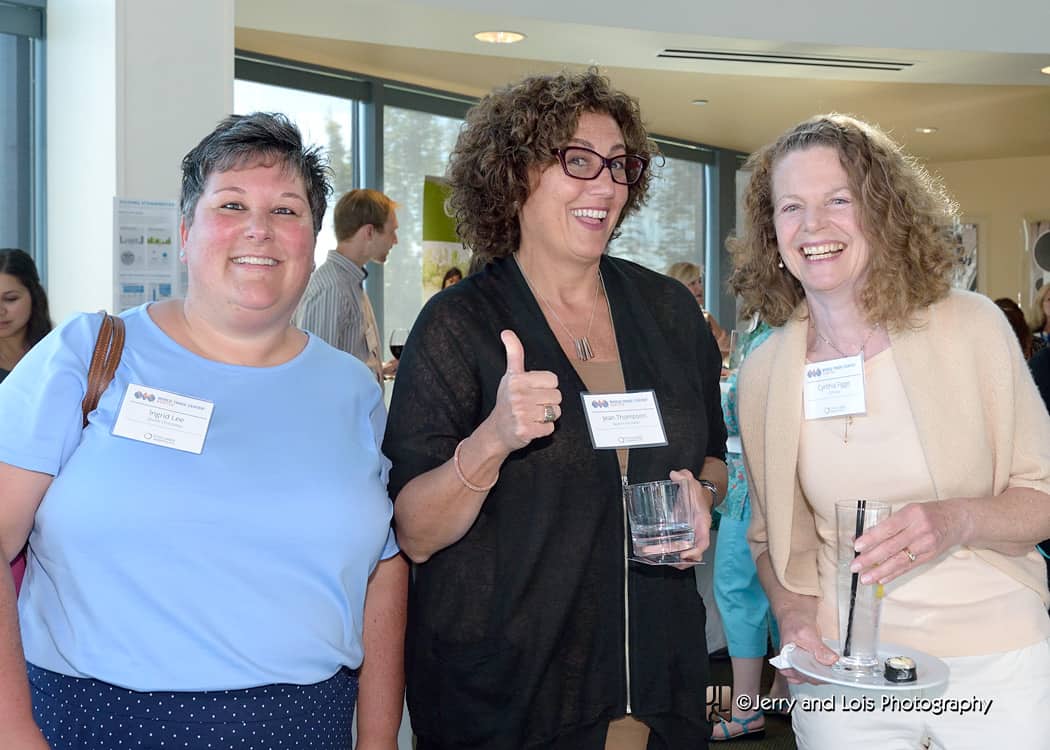 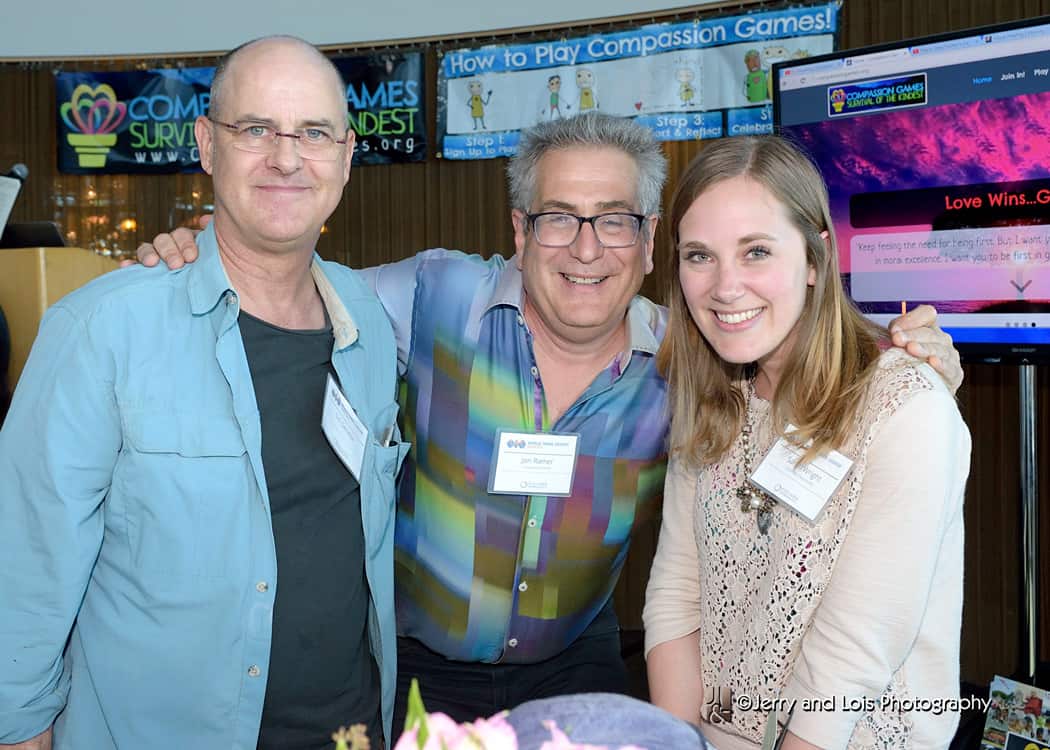 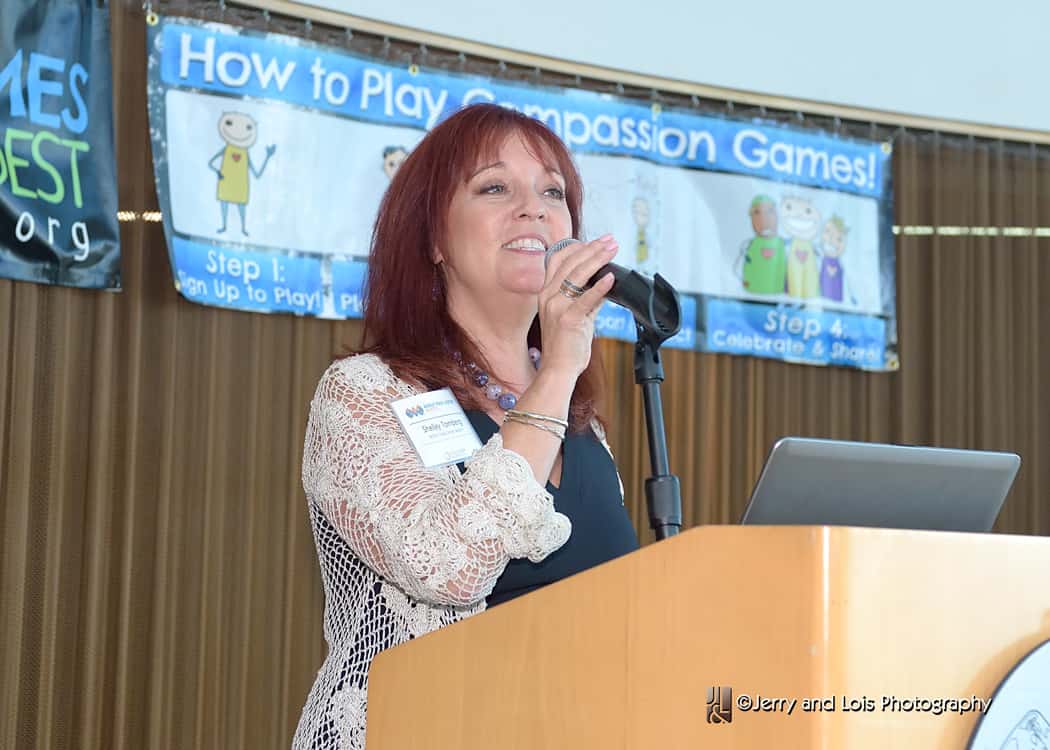