brother’s compassion for his sisters is a life lesson

There was a man named Joe Earl. He was born in 1911 in a small town near the Mississippi River. His father died of an unspecified illness when he was a toddler. His mother, Mollie Bodi, remarried and  had two daughters, Ida Mae and Delores. Mollie’s second husband died in an accident in a Missouri mine. She married a third time to a man whose last name was Dockins and had four more daughters. In approximately 1925, she died while giving birth to a baby boy. After her death, Mr. Dockins took the eight children from Missouri to California where he had relatives. When he reached California he took the eight children to various family member of his, parceled them out and disappeared. 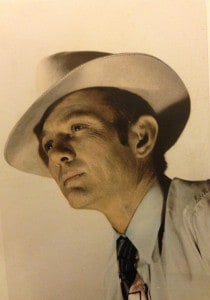 The eight children were not happy in their new homes and they were not happy being separated from one another. After they struggled in their new environment for many months, possibly as long as a year, Joe, then 15-years-old, went around to all the children and said, “You Dockins children have to stay here in California because these are your relatives, but I am taking Ida Mae and Delores with me and we are going back to Missouri.”

So this teenage boy scraped together enough money to buy tickets on the train for himself and two adolescent girls to travel from California to Missouri;  he begged from strangers in order to feed the three of them and when they finally reached Missouri he took  his half-sisters to relatives until he could find a home for each of them, then he went to another relative and asked for a home for himself. I didn’t hear this story from Joe Earl. When I was a teenager myself, my Aunt Delores told me, with tears in her eyes, of the great love she and her sister Ida Mae had for their brother, Joe.

My father, Joe Earl, was an amazing man, who taught me much about listening to people, hearing their words, and understanding the value of their stories and their lives.