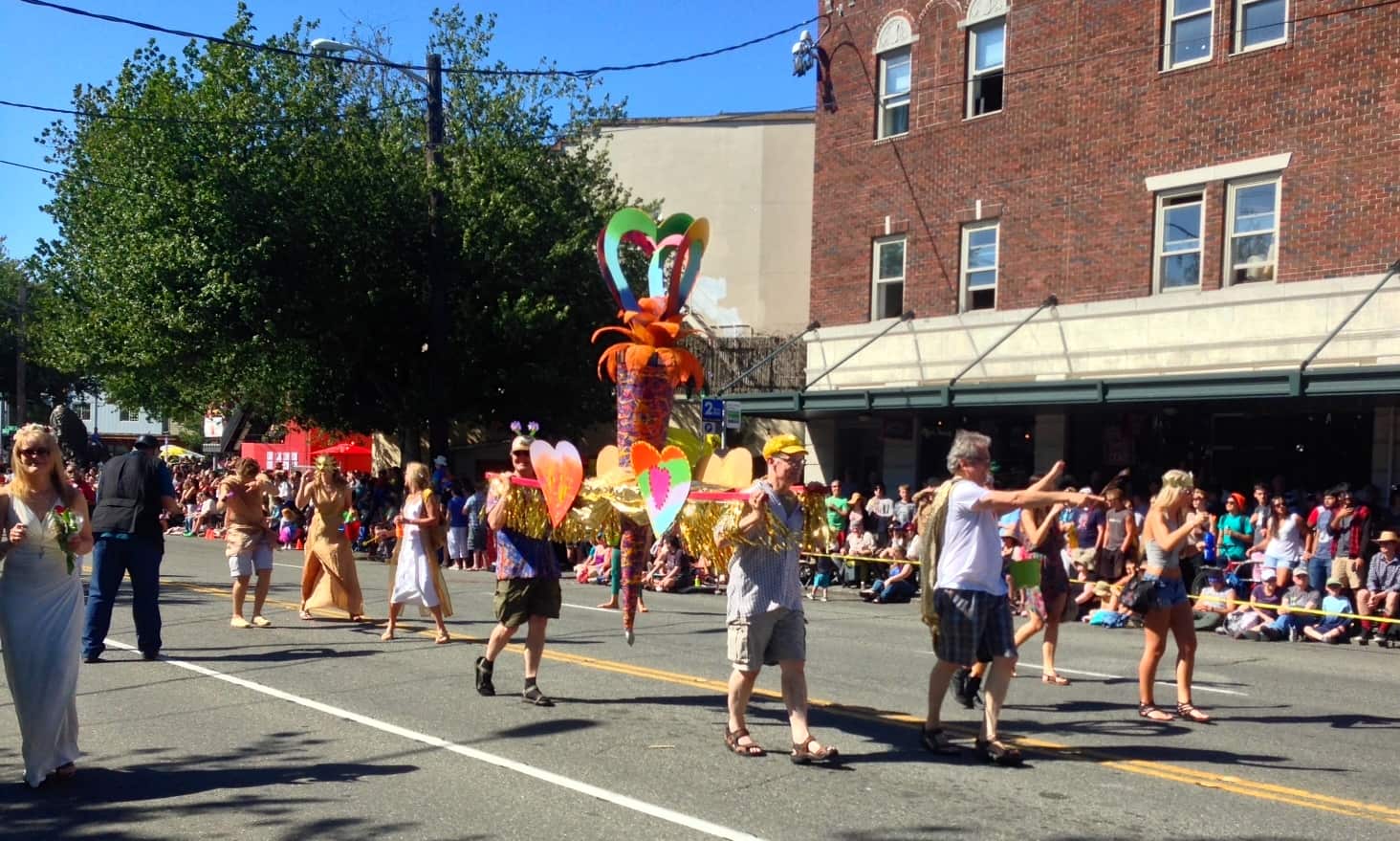 Team Seattle is organizing for the 2014 Compassion Games and has adopted a theme – the “art of compassion”. Therefore it was the perfect setting to kick off the 2014 pre-games by joining in on the Fremont Summer Solstice Parade.

Fremont, also known as the Artists Republic of Fremont, is a neighborhood in Seattle that identifies itself as the “center of the universe.” The heart and soul of this community is the 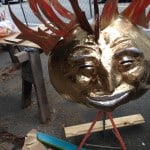 This year the Compassion Games introduced the Compassion Relays to invite people year-round to carry the Compassion Torch in their heart and share reports of our experiences in doing so, and as a way to herald the upcoming September games.

Ever since we produced the digital image of the Compassion Torch we have dreamt of there being a physical torch that we could bring to special events and occasions. 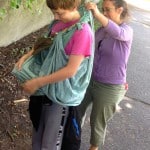 Denise Henrikson, (The Artful Instigator), led Team Seattle who responded to the challenge and we just carried the first Compassion Torch out to the universe at the Fremont Summer Solstice Parade last Saturday. This was an amazing experience and more evidence that Love Wins!

History of Our First Physical Torch 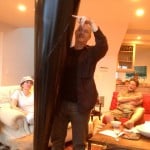 The Compassion Torch symbolizes enlightenment, life, hope and the regenerative power of the flame of the heart. We needed something spiritual and artistic so we reached out to our beloved friend and compassionista Sidney Genette, artist, musician, designer, and Burning Man host par excellence. Thanks to Sidney this happened within the span of a few weeks. Sidney is a magician! 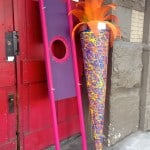 Sidney took me to meet his internationally known sculptor friend Calvin Allison who sat with Sidney and me and created the first basic frame for the torch.

A few days later, we had a dinner of fun and focus at the Compassion House and Sidney brought the torch over, in it’s earliest stage. Then Calvin took it and turned it into this and created the planking to carry it in.

On the night before the parade we gathered at the Fremont Arts Council Powerhouse with the planking and the torch and lots of community spirit in an amazing place dedicated to creating art for the community. 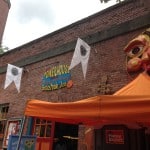 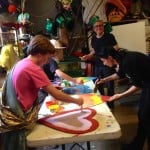 Thanks to Heather Elder the hearts were drawn and Ana cut them into hearts that were then painted by Gordon Wood and his team of artists including Ana, Jackie, JR, and Jeffrey.

Other artists included The Artful Instigator, and Tova who took on the overall decorating of the planking and the torch. Tova also worked with the ensemble that came together the day of the parade and brought the torch to the community.  Her eye and touch are incomparable! 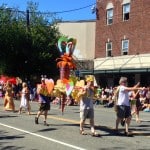 The ensemble that showed up on Saturday included Torchbearers John Hale, ED from Compassionate Seattle and Gordon Wood who carried the torch every step of the way through the parade. 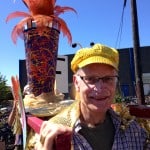 Surrounding the torch and torchbearers was the bringers of love, joy and good wishes to everybody. Sandra Poulson came as a Goddess of Compassion. 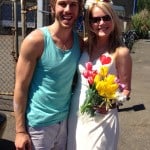 While Joey Crotty stood and walked for strength and valor — bringing the torch and the games. The other members of the ensemble included Libby Burk, and TAnne, Pamela and Mike on his unicycle.

We blew bubbles and gave out Hershey kisses interacting with the parade audience. 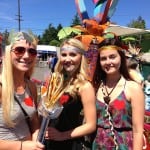 The dialogue with the people at the parade shows the genuine enthusiasm and excitement for the games and for creating a culture of compassion here at home. 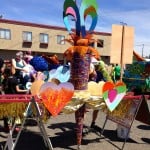 As we build up for the games we will use the Compassion Torch as part of the ritual of convening in the name of compassion. 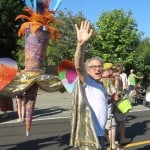 I could not get over how much joy it brought to hand out Hershey kisses from the Compassion Games! Just a little bit of giving goes a long long way. We hope other communities will embrace the idea of using art and creating a Compassion Torch that signifies their commitment to enrich our experiences bringing compassion to life.