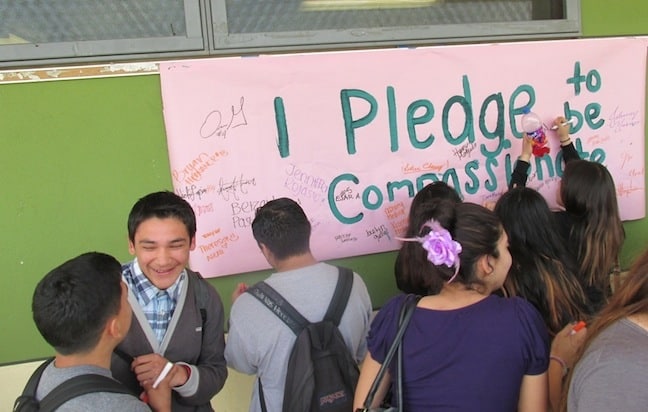 The past year of 2014 was a breakthrough year at Compassion Games International. Besides the extraordinary growth from 19 to 159 Teams in just one year, the development of the Leagues burst the gates right off any barriers of limitations that we could have dreamt of. And leading the way? None less than the new Education and Schools League.

Two exceptional educators stepped up to coordinate this league: Rahbin Shyne and Lia Mandelbaum. They each bring with them a vast array of skills and inspiring ideas to help schools bring the Compassion Games into their classrooms.

Long before we met Rahbin – a Compassionate activist and teacher at Reid High School in Long Beach, California – she had written a number of books on compassion, even one coincidentally entitled “Compassion Game, 10 Days of Compassion, Quick and Easy On-Line Actions to Better Our World.”  It was only a matter of time that our paths would meet! And we are eternally grateful for that.

As a seasoned educator, Rahbin brought to the Games tested and practical lesson plans and prepared the Teachers Compassion Games Guide. 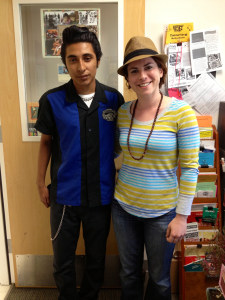 It was Lia who we can credit for first showing us how possible, even critical the Compassion Games are on a school campus. Remarkably, Lia – who is also a writer for The Jewish Journal – first heard about the Games when she wrote a story about them being played in a women’s prison in California. Since she was an intern social worker at Roybal Learning Center in downtown Los Angeles at the time, she immediately identified the power of the Games and what they could bring to the culture of her campus.

She surprised herself with resounding results.

It was Lia’s Supervisor – Cherie Hudson at Roybal who embraced the concept of the games. Cherie said, “The Games are all about strengthening connections and making a positive impact on the world through acts of kindness. As a school social worker, I wholeheartedly believe in the value of human relationships and the interconnectedness of all people, so the Compassion Games felt like a perfect fit between the core values of my profession and the needs of our community for healing and safety”.

Announcements were made over the school intercom, during meetings, and in classrooms. Packets were created to explain the Games and then distributed to the teachers. Lia and Cherie wanted to be sure that not only the students played the Games but that the teachers, staff, and even the maintenance crew played too. Lia devised a clever way to engage parents as well, empowering them to “catch” their child being compassionate and sending in a “Titan Token” to be added to their team’s tally.  In this stroke of brilliance, Lia found a bridge from the campus to the home. Now, even siblings and even neighbors will benefit from the Compassion Games as compassion blooms out through their communities.

Lia also brought in speakers including the L.A. Galaxy Soccer star Omar Gonzalez. Gonzalez talked to the students about the courage it 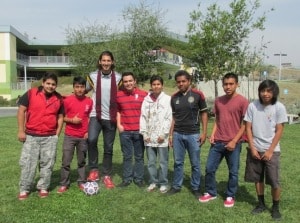 takes to be compassionate, helping to motivate and inspire the young students there. Here is the link to the Time Warner Sports Spanish news segment with Omar visiting Roybal (The clip begins at 1 minute and 30 seconds!)

As soon as the Education League was initiated we began to immediately hear from teachers, each requesting we set aside a period of play for them that was later in the year than the annual September 11th start of the Compassion Games. Considering they had just gotten back to school in September, we couldn’t help but understand the rationale behind the suggestion, and we said “Of course!” The Education and Schools League now starts its participation in the Compassion Games in October, kicking off the school year in a blaze of compassion in action.

Thanks to Cherie and Lia, the Compassion Games have since been embraced by the Los Angeles Department of Mental Health who have introduced us to each of the area organizers who place representatives in each school throughout the LA county. Subsequently, we been invited to present to all of the representatives themselves.  After presenting alongside Lia and Rahbin at a number of the meetings, Head Compassion Games Coach Sande Hart says, “I have introduced the Games to many groups over the past year, but never have I experienced a sense of enthusiasm as great as it’s been with educators. Heads were constantly nodding in excitement about the Games, and even tears were shed! It’s clear the Games bring a creative alternative solution infused with hope to the campus culture where it is so desperately needed today.”

Meanwhile, in Seattle, The Compassionate Schools Network was birthed 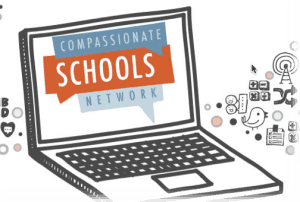 The emerging Compassionate School Movement is in large part led by Scarlett Lewis, founder of the Jesse Lewis Choose Love Foundation. Compassion Games, Charter for Compassion, and Compassionate Seattle hosted a conference in August called “Building the Compassionate Schools Movement: From Sandy Hook to Seattle,” igniting conversation and joint action to bring compassion into schools, to teach emotional wellness and whole person development, teacher and administrator interconnectivity and engagement, and to use compassion to propel students’ success for learning and life. 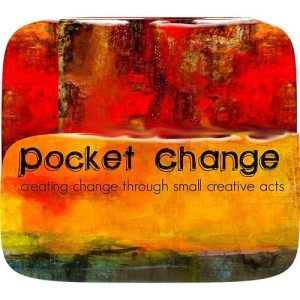 This year also marks the initiation of Washington State’s North Thurston County Public School District’s participation in the Compassion Games, They stand in solidarity with the emergence of the “Compassionate Schools Movement”, and they aren’t alone. Over 50 schools have committed themselves to participating in the Compassion Games as a way to bring compassion and the Golden Rule to schools through the competitive spirit of giving and cooperation.

Currency of the Heart: Coins of Compassion Introduced to Schools in Spirit of the Games

In an inspiring feat of creativity for the Games, North Thurston County – led by Compassionate Schools advocate Superintendent Raj Manhas –  formed a currency for their district called the “Coins of Compassion.” Unlike any currency you’ve ever heard of, over 20,000 of these coins have been given to principals and other leaders within the district, which are then given to anyone who commits an act of kindness or compassion. Paying it forward is the ultimate measure of economic success in a compassionate society. By the end of the Compassion Games, it is not the goal to have the most of these coins, but rather to give and receive them as much as possible. It is, effectively, a game of acknowledging others and their goodness, and in return, also being seen for the good we each give to others. Coins of Compassion are a living economy of the heart and they’re now in the hands of kids who are learning to give and receive them to and from each other.

We know the Compassion Games are changing what it means to compete, and now it’s clear a new value system of currency has emerged; and who knows where it will go?

While all leagues come together to play in the Global Games Coopetition, Schools can also play from Oct 15th to the 25th, closing on National “Make A Difference Day.” In 2015, educators will be treated to a series of conference calls with speakers and both plenty of time and resources to ensure their success in the next Education League Games. Rahbin’s goal is to see 150 Teams (classrooms, schools, or school districts) participate in the Compassion Games in 2015.