Currency of the Heart: Coins of Compassion in Compassionate Schools 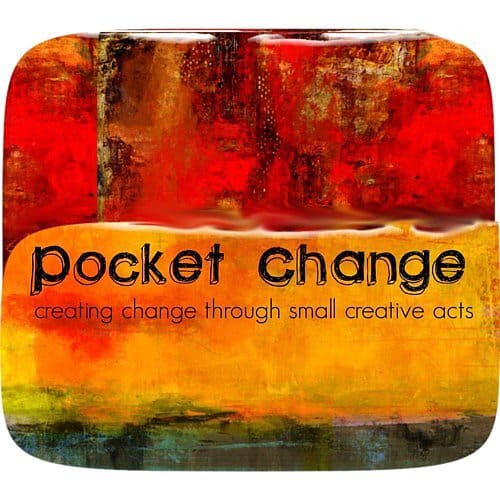 (Above art, “Pocket Change”, and the piece below, are by the amazing group 6 Degrees of Creativity who are making this magnificent art for the Compassion Games.)

This week marks the beginning of North Thurston County in Washington state Public School District’s participation in the Compassion Games as part of the “Compassionate Schools Movement”, and they aren’t alone. This year, over 50 schools have committed themselves to participating in the Compassion Games as a way to bring compassion and the Golden Rule to schools through the competitive spirit of giving and cooperation.

The demand for the Games in schools, in fact, gave rise to an entirely new Education league! Two exceptional educators have stepped up to coordinate this league; Rhaybin Shein and Lia Mandelbaum. Here’s their presentation, full of ideas, to help schools bring the Compassion Games into their classrooms.  And here’s a link to the presentation they prepared to help educators introduce the compassion games into schools.

In an inspiring feat of creativity for the Games, North Thurston County – led by Compassionate Schools advocate Superintendent Raj Manhas – formed a currency for their district called the “Coins of Compassion.” It is unlike any currency you’ve ever heard of. Over 20,000 of these coins have been given to principals and other leaders within the district, which are then given to anyone who commits an act of kindness or compassion. Paying it forward is the ultimate measure of economic success in a compassionate society. By the end of the Compassion Games, it is not the goal to have the most of these coins, but rather to give and receive them as much as possible. It is, effectively, a game of acknowledging others and their goodness, and in return, also being seen for the good we each give to others. Coins of Compassions are a living economy of the heart and they’re now in the hands of kids who are learning to give and receive them to and from each other.

The Compassion Games will be played during 9/11 to 9/21 in schools, and again in October from the 15th to the 25th at the request of educators seeking more time to prepare in the beginning of the school year.  So, if you were unable to form a team in your school for this year’s September games you can still get in on the fun and learning for October. Sign up here. 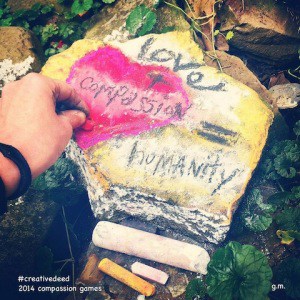 in August called “Building the Compassionate Schools Movement: From Sandy Hook to Seattle,” igniting conversation and joint action to bring compassion into schools, to teach emotional wellness and whole person development, teacher and administrator interconnectivity and engagement, and to use compassion to propel student’s success for learning and life.