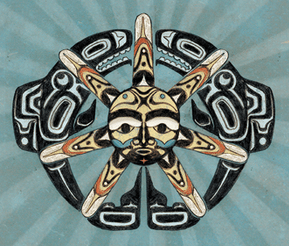 All life is interconnected: birthed from the same great beginning of impossible origins, you, everyone you know, and everything you’ve ever loved or experienced was forged in the living hearts of dying stars. Many of our ancient ancestors knew this to be the fundamental truth of all existence, the delicate balance and interdependent nature of all life, and lived their lives in this wisdom. Though we have gained much from our technological and scientific advances in modern times, this knowledge has now become the crying call of science as our most recent discoveries light the way back to the wisdom of our ancient past, pleading for all of humanity to awaken to our responsibility of taking care of this precious planet and all living creatures.

The ultimate Compassion Game is undoubtedly having compassion for the one home we have ever known, from which all life depends and originates: our Mother Earth.

This is why Compassionistas and Earth Warriors from the Pacific Northwest are forming an unprecedented coalition to protect the land and waters they hold sacred. They are called the Nawtsamaat Alliance.

The Nawt-sa-maat Alliance is an empowered coalition of Coast Salish Indigenous Peoples, environmental, interfaith, and youth activists, and impassioned community members who love the land and waters of the Salish Sea and call it home.

Nestled in the heart of the Pacific Northwest and ranging from Washington State to British Columbia, the Alliance was created to heighten awareness of the increased risks and threats to their beautiful region by a fossil fuel industry that continues to exploit and destroy it. The Alliance mobilizes international, cross-cultural, and co-creative joint action to block fossil fuel projects such as the proposed Kinder Morgan Trans Mountain Pipeline Expansion in British Columbia, as well as oil trains, coal trains, oil tankers, ports and other pipelines. They are calling for unprecedented unified action to protect and restore the Salish Sea and the communities surrounding it.

An image of the Nawtsamaat Alliance’s Symbol of Unity,
The North Star surrounded by two Orca Whales

Last Sunday, September 7th, the Alliance hosted its first major event, the “Gathering to Protect the Sacredness of the Salish Sea.” The gathering ceremonially launched their collective work in unity with its growing membership base – which includes Greenpeace, Forest Ethics, Sierra Club, the Interfaith Council of Greater Seattle, as well as the Tsleil-Waututh, Tulalip and Lummi First Nation peoples among many others – as they prepare for the 4 Days of Action from September 19th to the 22nd, culminating in the signing of the International Treaty to Protect the Sacredness of the Salish Sea at Tsleil-Waututh Nation in British Columbia

(Hear a wonderful radio news podcast of the Alliance and event by PRX here: http://www.prx.org/pieces/130179-first-nations-allies-launch-alliance-to-protect)

The 4 Days of Action will catalyze the Alliance’s effort to raise awareness on a multi-national scale about the increasingly devastating effects of the coal and oil industry’s presence in the Salish Sea region. At this moment, coal and oil companies are intending to transform the Pacific Northwest into a fossil fuel corridor in order to boost their profits and run oversea economies. A proposed extraction point for a new coal terminal at Lummi Nation’s Cherry Point would remove an unprecedented amount of coal from the land, and is a Sacred burial ground site for the Lummi people.

Another such project – the Kinder Morgan Trans Mountain pipeline expansion – would increase oil tanker traffic through the Salish Sea from 4 to 35 oil tankers per month, (moving more earth than the size of Texas from the Alberta Tar Sands) carrying the proprietary bitumen of crude tar sands oil, each tanker three times larger than the size of Exxon Valdez, a famous tanker that spilled in Alaskan waters in 1989 and has still not fully recovered. They plan to carry this oil through the Hecate Strait, the fourth most dangerous water channel in the world. Just one oil spill would be enough to devastate the already diminishing and fragile ecosystem of the Salish Sea, and it is highly probable that such an event would occur.  The international effects would be catastrophic.

Major events or the 4 Days of Action include the Internationally Rally, “Climate Change Knows No Borders: Defense of the Salish Sea is Without Boundaries” happening on September 20th in solidarity with the NYC People’s Climate March, and the signing of the International Treaty to Protect the Sacredness of the Salish Sea from September 21st to the 22nd.

(Read an amaizng article by Seattle Weekly about the Nawtsamaat Alliance here: http://www.seattleweekly.com/home/954563-129/a-new-pnw-alliance-aims-to) 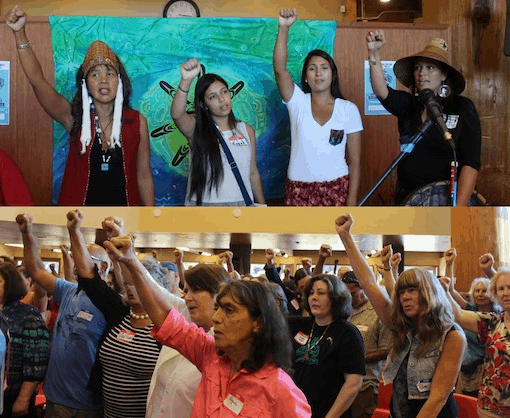 A powerful photo taken by Seattle Weekly at the Gathering.

The Nawtsamaat Alliance is hosting its first Learning Circle in Seattle on Tuesday, September 16th, at 6pm, called “The Sacred Hoop of Peace and Compassion.” Very special guests include Mona Polacca, youngest of the International Council of the Thirteen Indigenous Grandmothers, and Hereditary Chief Phil Lane Jr. of Four Worlds International Institute. Join them for a night of elder wisdom: enjoy story telling, ask the big questions, and learn more about the Alliance and Salish Sea Marine Sanctuary.

All members of the human family are warmly invited! 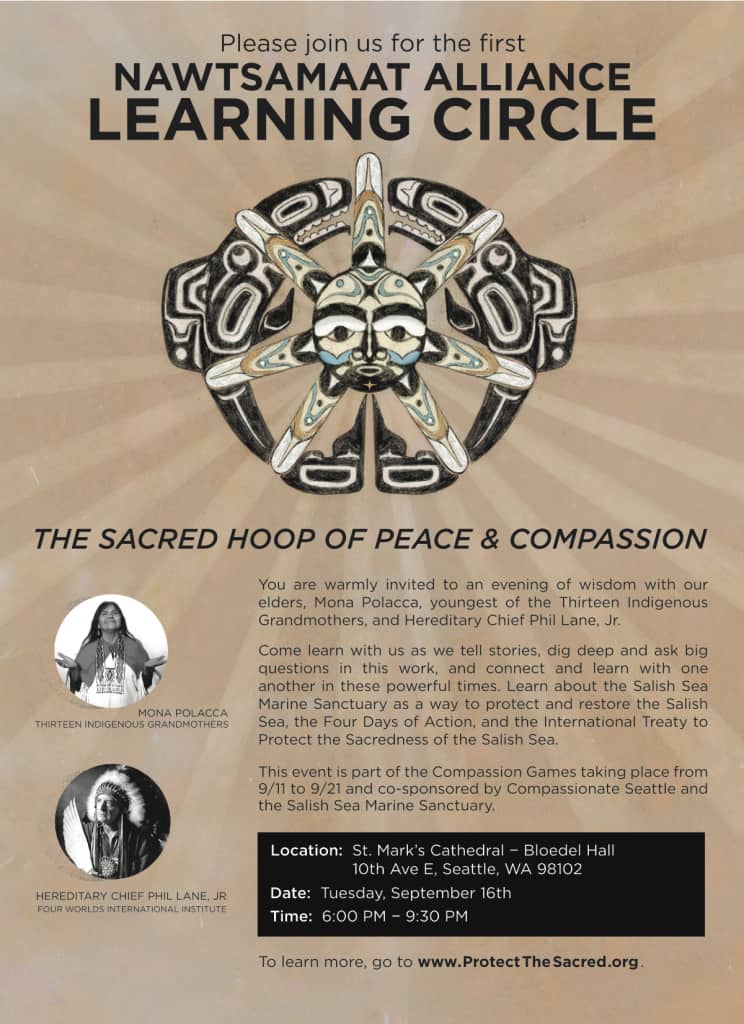