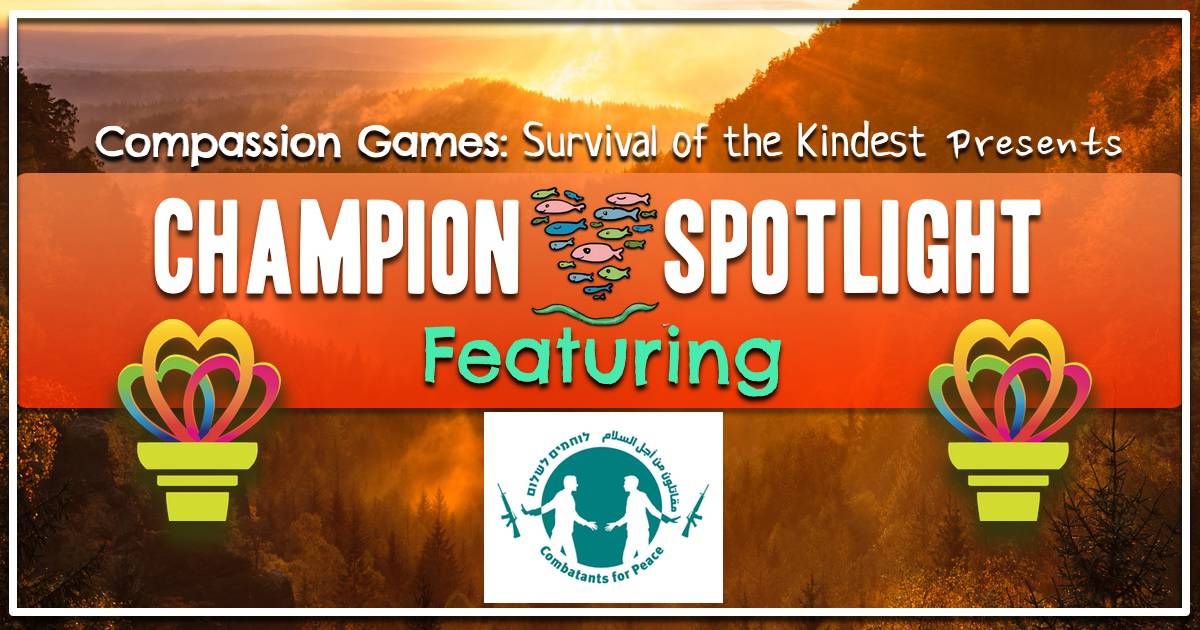 We are passing the torch today to Combatants for Peace, a group of Palestinians and Israelis who have taken an active part in the cycle of violence in our region in the past, and who today have decided to put down their arms and work on the basis of non-violent principles.

The egalitarian, bi-national, grassroots organization was founded on the belief that the cycle of violence can only be broken when Israelis and Palestinians join 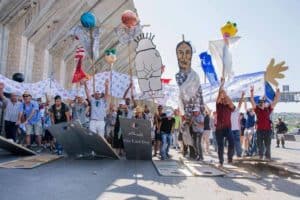 forces. Committed to joint nonviolence since its foundation, CFP works to both transform and resolve the conflict by ending Israeli occupation and all forms of violence between the two sides and building a peaceful future for both peoples.

“For me, Israel was always the evil. I only knew Israelis as soldiers with a gun – until I met these brave women and men, who share the same moral values as me. I am very proud to be part of the historical step of founding Combatants for Peace.

Combatants for Peace is a model not only for the future of our people but also towards world peace. Our joint nonviolent path can inspire peoples in conflict around the world. We carry the dream and vision of seeing beyond walls and hatred. CfP is a seed of unity, together we are going to make the dream of coexistence become true.” — Souilman Kattib, Palestinian activist

Combatants for Peace were recently nominated for the Nobel Peace Prize and their documentary, Disturbing the Peace, has won several awards. On September 16th, in honor of World Peace Day, Combatants for Peace joined together with the פורום המשפחות השכולות Parents Circle Families Forum منتدى العائلات الثكلى for a freedom march from Beit Jalla to Al Walajeh village, a Palestinian village surrounded by the Wall which separates and subjugates Palestinians from Israel. This is one of the many activities that Combatants for Peace regularly organizes and participants in to bring peace to Palestine, Israel, and the world. 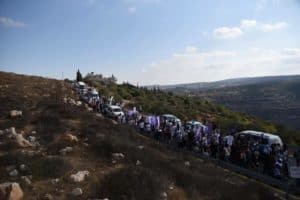 CfP also runs seven local, bi-national groups throughout Israel/Palestine (north, south, and center), including a new women’s group and a region-wide theater group, specializing in non-violent protest through the “Theater of the Oppressed.”

For over a decade Combatants for Peace have embodied and served as a model for our humanistic values of freedom, democracy,  security and dignity for all. We envision Combatants for Peace as a strong, significant, influential binational community —  a community that exemplifies viable cooperation: co-resistance to the occupation and violence, which forms the basis for future co-existence. Through joint nonviolence in the present, they lay the foundations for a nonviolent future.