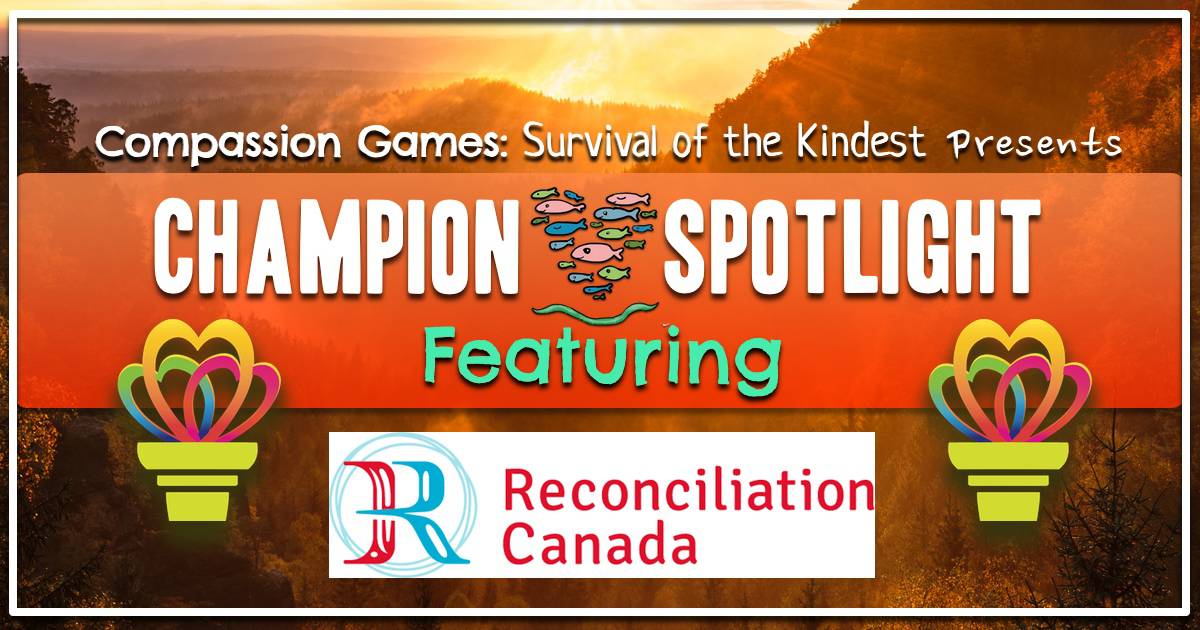 We are thrilled to pass the Compassion Torch to Reconciliation Canada including thousands of allies from around the world preparing to walk together in Vancouver, Canada on September 24th for peace, reconciliation, forgiveness, and a better world. Thank you for leading the way on how to walk together at this time. The land on which they will be gathering is the traditional unceded territory of the Coast Salish peoples, specifically the shared traditional territories of the Sḵwx̱wú7mesh Úxwumixw (Squamish), Tsleil-Waututh, and xʷməθkʷəy̓əm (Musqueam) First Nations. We will be amplifying this message “Namwayut” meaning “we are all one” during the Walk For Reconciliation on Sunday, September 24th 9:30 AM PST as part of the featured events to participate and support on the last day of The Global Unity Compassion Games.

Reconciliation Canada, an Indigenous-led organization, began in September 2012 with a bold vision to promote reconciliation by engaging Canadians in dialogue that revitalizes the relationships between Indigenous peoples and all Canadians in order to build vibrant, resilient and sustainable communities. A vision based on a dream of Chief Dr. Robert Joseph, Reconciliation Canada’s Ambassador, to witness tens of thousands of people of every culture and faith walking together for a shared tomorrow.

“Our future and the well-being of all our children rests with the kind of relationships we build today.”

Through the development of meaningful partnerships and community outreach programs, Reconciliation Canada hosted a series of Reconciliation Dialogue Workshops across the province and three major events during Reconciliation Week in September 2013, including the Walk for Reconciliation engaging 70,000 people in Downtown Vancouver. We plan on supporting the goal to expand this number two fold on Sunday, September 24th. Game on! See the great power of what happened in 2013 below.

Here are some of the milestones to celebrate and appreciate about this Champion of Compassion organization:

Check out the multiple ways you can honor in action your support in The 2017 Walk For Reconciliation. You can join a team in the walk, support a walker, donate to the event, and volunteer. Another great way to honor Reconciliation Canada is to reach out to your local community and get involved in where bridges are being made or need to be made. As part of Reconciliation Canada Team, share your reflections and inspired reconciliation action with the global family and teams from all over the world on the Compassion Report Map.