Stories for Business
These are news posts that pertain to bringing The Games into businesses.

3.7 Million March: An Urgent Call to Rally for Unity & Peace

Dear Friends and Allies of Compassion, The world is stirring. Every now and then an event occurs that shocks us, and with it appears an opening for something new to emerge. Right now, we are at such a moment. The 3.7 million people who marched in the streets of France - who locked arms with our world’s leaders - are what French officials are saying was the largest street demonstration in the country's history. And they weren't protesting the attacks... they were rallying for unity. "I'm fed up...

END_OF_DOCUMENT_TOKEN_TO_BE_REPLACED 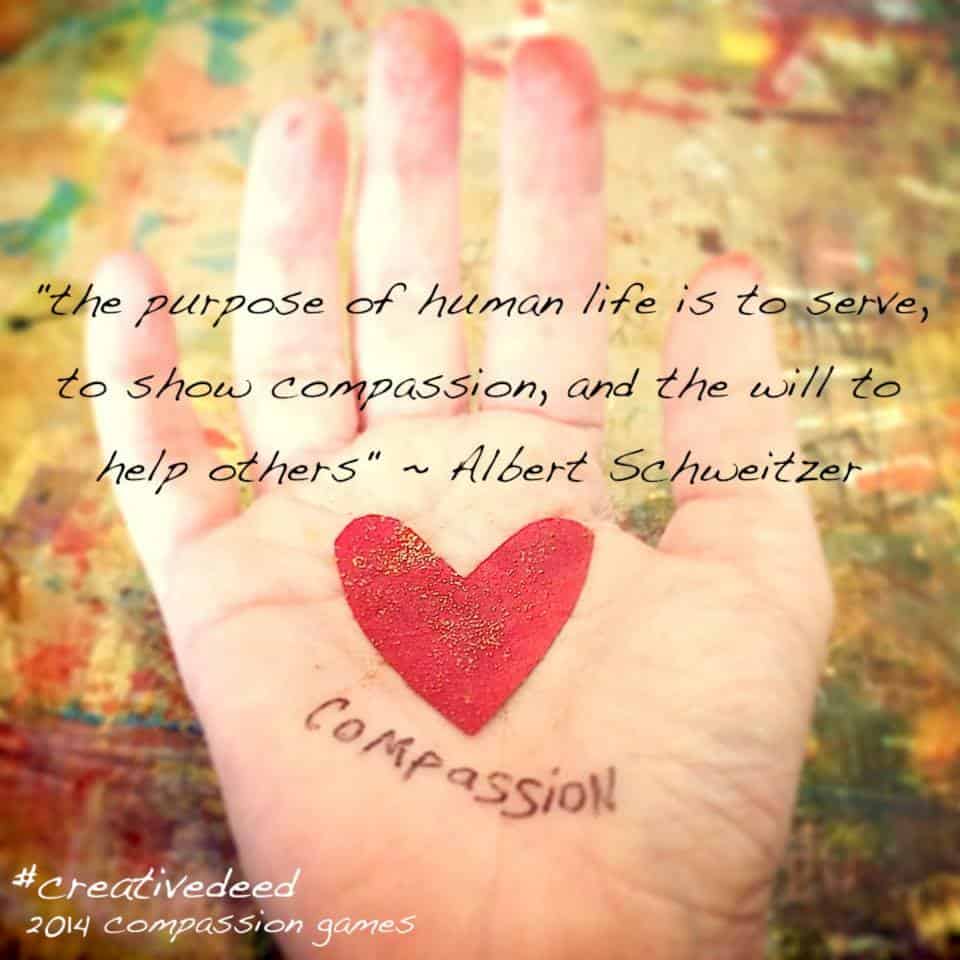 Compassionate Silicon Valley: The Heart of Innovation and the “Spiritual Element”

Silicon Valley is known as a hotbed of innovation. A fiercely competitive environment, it is a place in which discovering and promoting the next big thing is everything. Could it be that “compassion in action” is the next big thing? As it turns out, one of the most inspiring and effective teams in the 2014 Compassion Games: Survival of the Kindest is Compassionate Silicon Valley. To participate in this global “co-opetition” they have amassed a team that includes more than 20 affiliated...

END_OF_DOCUMENT_TOKEN_TO_BE_REPLACED

Spontaneous Ways to Make a Difference

[View the story "Random Acts of Compassion" on Storify]

END_OF_DOCUMENT_TOKEN_TO_BE_REPLACED

Early on we realized that September 21st was an ideal day to start the Compassion Games not only because it’s the United Way’s Day of Caring, but also because it’s the autumnal fall equinox and the much beloved International Day of Peace. Fortunately this year, the Peace, Compassion, Happiness, Empathy, Understanding, Love and Generosity movements are all working together. We’re all after the same ideal of a better world for our children and grandchildren no matter what you call it. Compassion...

END_OF_DOCUMENT_TOKEN_TO_BE_REPLACED

As part of Compassionate Seattle's plan to create “collective impact” we put together a physical “stand for compassion” that was on display at Seattle Center. On seven occasions we set up our stand and engaged with fellow citizens about our community and our plans to create a culture of compassion in our region.  We learned how people think and feel about compassion and how they see or don't see themselves connected to other people and the greater community. I came to believe that we are not...

END_OF_DOCUMENT_TOKEN_TO_BE_REPLACED

The inspiration for the Compassion Games comes from our friends in Louisville, Kentucky.  Mayor Greg Fischer and his team are implementing their compassionate cities program in a remarkable fashion.   After Seattle affirmed the Charter for Compassion and invited other cities around the world to join with us in creating 10 Year Campaigns for Compassionate Cities, Louisville was one of the first and by far the most developed cities campaign we encountered. The Compassionate Action Network...